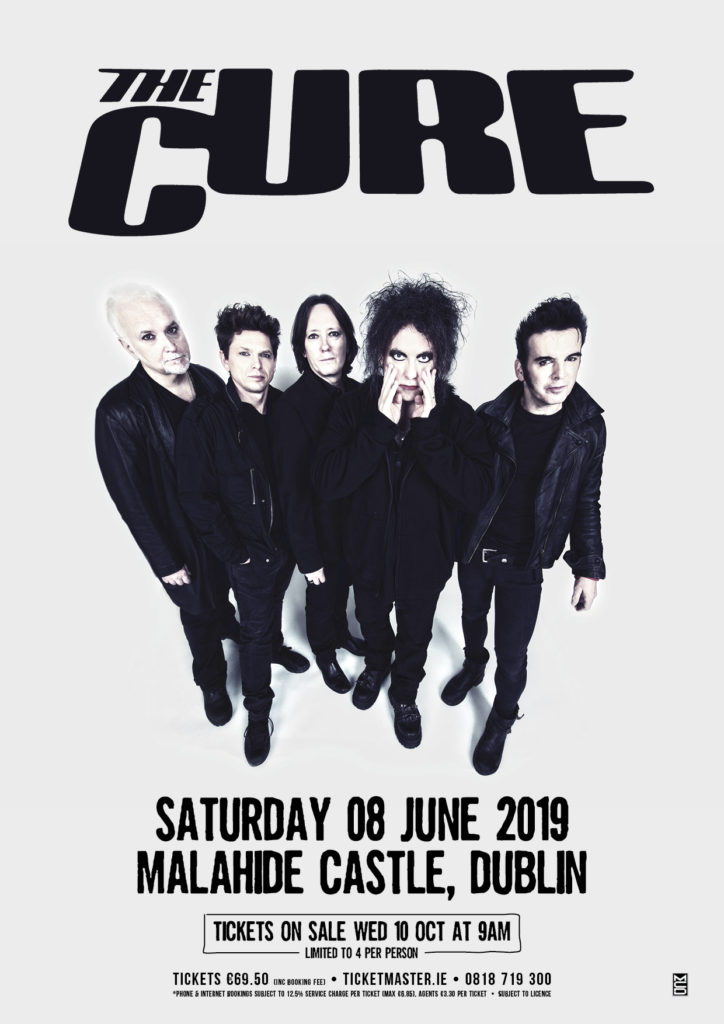 The Cure will return to Ireland to play their first headline show in 7 years.

The band, who celebrated their 40th anniversary earlier this year, will perform at Malahide Castle next year on Saturday the 8th of June.

It’s their first appearance in the capital since 1996 at the Point Theatre.

Justin Greene from MCD says tickets will go on sale this Wednesday October 10th at 9am.

“We are absolutely delighted to announce this morning that The Cure will return to Dublin after 23 years – they’ll play Malahide Castle on the 8th of June 2019 – this will be the bands first appearance since their EP appearance 7 years ago in County Laois and it will be their first appearance in Dublin in 23 years when they played 1996 at the Point Theatre.”

The band celebrated their 40th anniversary in July with a  sold-out concert in London’s Hyde Park, almost 40 years to the day since their first ever show.

The set list included 29 of their hit songs including ‘Pictures Of You’, ‘Lovesong’, ‘Inbetween Days, ‘Just Like Heaven’, ‘A Forest’, ‘Lullaby’, ‘Boys Don’t Cry’ and more.

Tickets strictly limited to 4 per person. Please note that the lead bookers name will be assigned to all tickets.

Tickets are priced at €69.50 including booking fee and go on sale this Wednesday 10th October at 9am from Ticketmaster outlets nationwide.