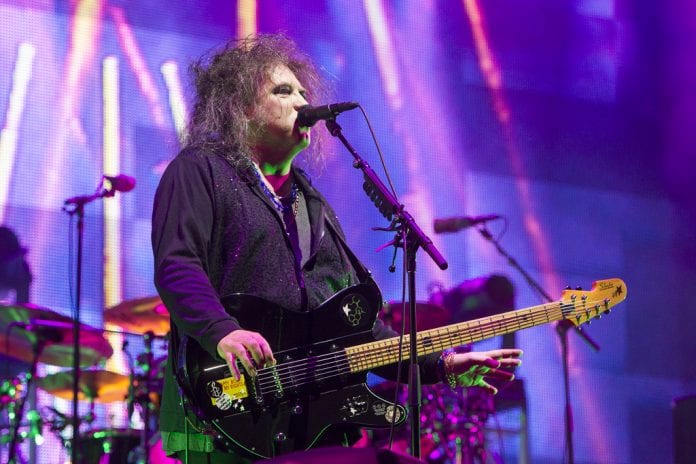 The Cure have just announced their only European show of 2018, celebrating the 40th anniversary of the release of their first single! The show will take place in Hyde Park, London as part of the British Summer Time festival on July 7th 2018.

The legendary musicians are well-known for their huge gigs, packed with all of their hits. The last time the band performed in Europe was at the SSE Arena in Wembley last year.

THE CURE will be celebrating 40 imaginary years on Saturday 7th July 2018 with a 120min headline show at BST Hyde Park, London. Tickets on sale 9am Friday 15th December 2017. Presale is 9am TODAY 12th December.https://t.co/gHw1NfahWr – the password is IMAGINARY.
SEE YOU THERE!!! pic.twitter.com/RbWJLeK4iY

And the band will be joined by huge special guests! Interpol, Goldfrapp, Editors, Slowdive, Ride and The Twilight Sad will join the lineup for the gig. They’ll join a big mix of artists headlining the British Summer Time Festival including Eric Clapton, Michael Buble, Bruno Mars and Roger Waters.

The Twilight Sad joined the band on their full world tour last year, so we’re sure it will be a welcome return. Tickets go on general sale this Friday, December 15th at 9am and you can get them here!

Christy Dignam Getting Palliative Care At His Home