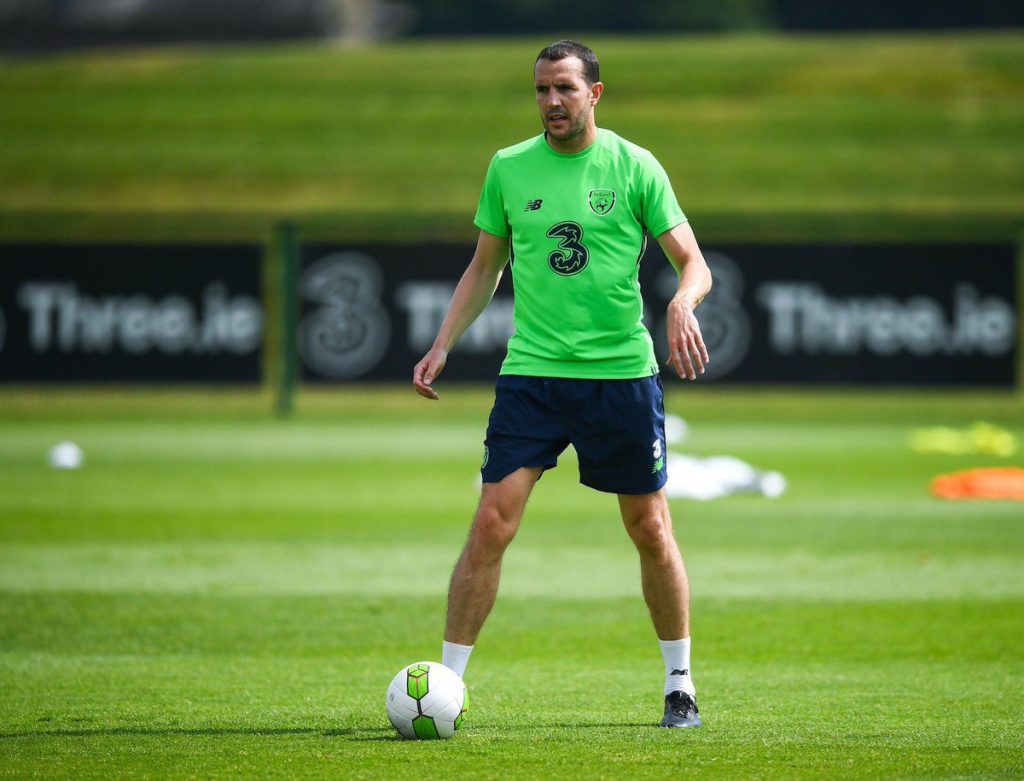 The curtain comes down on John O’Shea’s international career tonight.

The 37-year-old will skipper the Republic of Ireland for his 118th and final cap against the United States in their friendly at the Aviva Stadium.

Ireland are without striker Shane Long who has a knee injury – which could mean a first start in green for Shamrock Rovers forward Graham Burke.

The back of tomorrow’s match kit. Not just a number, this is a statement. Ireland, supporting #LGBT rights. 🏳️‍🌈🇮🇪 #EqualGame #COYBIG #COYGIG #IRLUSA pic.twitter.com/Becg6ki0VW

FEATURE 📖 | Farewell to the Ferrybank Boy