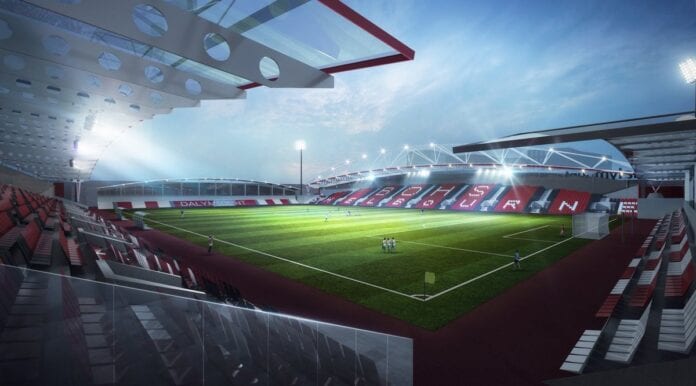 The redevelopment of Dalymount Park has taken a big step after the Department of Finance approved a draw down of over €900,000.

The news was announced by Minister for Finance Paschal Donohoe today – 13 months after Dublin City Council awarded the funds for the regeneration project.

The latest funding was received in January and will be used for facilitating the appointment of architects, engineers and a design team to work alongside project managers.

Update: Confirming that Dublin City Council can now draw down €918,750 to enable the detailed design work begin on the redevelopment of #DalymountPark. Big days for #Bohs, #Shels, Irish football and the future of #Phibsborough. pic.twitter.com/ZoX9vcNSo8

Video: At Least Four In ’Emergency Condition’ After Terrible Crash At...