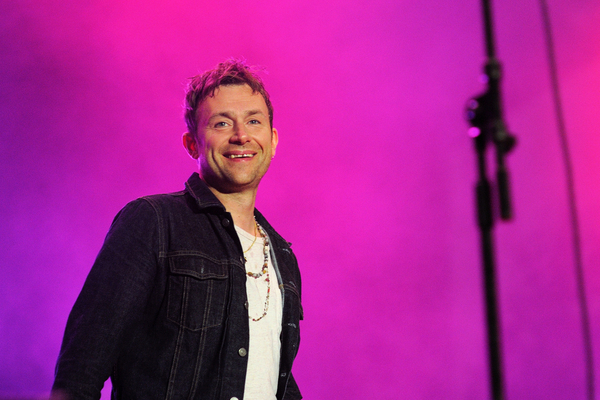 Damon Albarn has issued an apology to Taylor Swift over comments which questioned her songwriting abilities in a recent interview.

The Blur and Gorillaz frontman had been speaking ahead of his concert at Los Angeles’ Walt Disney Concert Hall last night (January 24).

Albarn said that Taylor Swift’s approach to music differs grately from his “traditionalist” views on songwriting. He also argued that there are “big” differences between stars who write their own tracks and people who seek assistance from others.

He also stated that performing stripped back sets, to promote his latest album “The Nearer The Fountain, More Pure The Stream Flows”, would leave him more exposed then when performing with a full band.

He said, “You learn whether the songs are any good or whether they were popular at the time because of the sound and the attitude”.

In the same interview, Albarn was also asked if many modern acts can rely on “sound and attitude” instead of just timeless quality of music.

Albarn responed with, “Name me someone who’s not”.

The interviewer than suggested Taylor Swift was an “excellent songwriter”. But Albarn claimed that she does not write her own songs.

“That doesn’t count. I know what co-writing is. Co-writing is very different to writing”, he added.

“I’m not hating on anybody, I’m just saying there’s a big difference between a songwriter and a songwriter who co-writes. Doesn’t mean that the outcome can’t be really great”.

“And some of the greatest singers – I mean, Ella Fitzgerald never wrote a song in her life. When I sing, I have to close my eyes and just be in there. I suppose I’m a traditionalist in that sense. A really interesting songwriter is Billie Eilish and her brother. I’m more attracted to that than to Taylor Swift. It’s just darker – less endlessly upbeat. Way more minor and odd. I think she’s exceptional”.

Following that, Taylor Swift took to Twitter to defend her integrity as a song writer.

“@DamonAlbarn I was such a big fan of yours until I saw this”, she wrote. “I write ALL my own songs. Your hot take is completely false and SO damaging. You don’t have to like my songs but it’s really f****d up to try and discredit my writing. WOW”.

@DamonAlbarn I was such a big fan of yours until I saw this. I write ALL of my own songs. Your hot take is completely false and SO damaging. You don’t have to like my songs but it’s really fucked up to try and discredit my writing. WOW. https://t.co/t6GyXBU2Jd

Following this, Damon Albarn apologised to Swift, claiming that his words were rendered to “clickbait”.

“I totally agree with you. I had a conversation about songwriting and sadly it was reduced to clickbait”, he said.

“I apologise unreservedly and unconditionally. The last thing I would want to do is discreet your songwriting. I hope you understand”.

Gene Simmons Says KISS’ Upcoming Tour Will Be Their Last