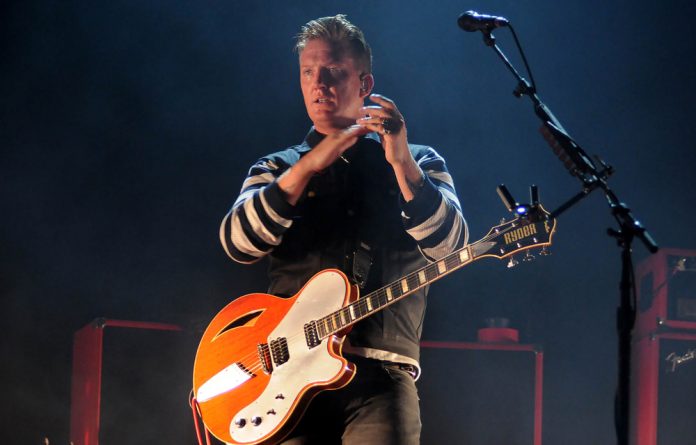 It’s been reported that Dave Grohl lead singer with the Foo Fighters and ZZ Top‘s Billy Gibbons are set to guest on the next Queens of the Stone Age album.

The NME reports that The Queens are said to busy working on the follow-up to their last drop ‘Villains’ released in August 2017.

This will be Grohl’s first appearance on a Queens album since 2013’s ‘Like Clockwork’.

Billy Gibbons also confirmed in an interview with EonMusic. that he’d provided his talents to the new project, “Just one month ago I was making a record with Queens of the Stone Age”.

Gibbons also revealed how he and Grohl they shared personal memories of Pantera’s Dimebag Darrell and co-founder Vinnie Paul, who died in 2018.

“Dave Grohl was also taking part and he decided to have a big barbecue. So there was this interesting gathering. So, we spent one hour telling stories, great stories remembering these lovely guys.”

Gibbons explained how QOTSA frontman, Josh Homme discovered a strange noise box which could also surface on the record.

“We had gone to the desert to work on just a couple of tracks, and I was outside, and Josh came out of the studio, and he had this box, and it was making some strange noise, and I said, “hey, what is that”, and he goes; “I dont know, I just found it”; I said;

“Don’t touch a thing; we’re going to use it for the song!” So that’s how it started.”

Gibbons confirmed that the record was done and ready to go: “He’s completed it. I think that he said he wants to put it out Halloween. It’ll be good.”

The NME speculates that this could be the latest installment of the Desert Sessions, a group of musicians led by Homme between 1997-2003 which released 10 records.

Foreigner To Play In March 2014