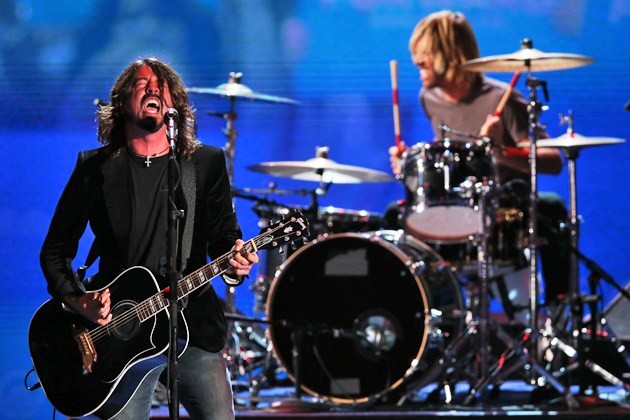 “That’s the last time I ever make out with Bono.” Foo Fighters have cancelled a pair of forthcoming concert dates as Dave Grohl recovers from illness.

After the band’s gig in Seattle last Saturday night, a statement from the band said that Grohl “suffered a loss of voice and is now on vocal rest.” In the statement, Grohl joked, “That’s the last time I ever make out with Bono.” The U2 frontman is himself dealing with a similar vocal problem.

Foo Fighters’ upcoming shows in Calgary and Edmonton in the States have been rescheduled until October. The group’s September 4th gig at Rogers Place in Edmonton will go ahead on October 22nd, while the September 6th show at Calgary’s Scotiabank Saddledome will now hapen on October 23rd.

Meanwhile, in a statement sent from U2’s publicist, Bono said he would be in great shape to complete the band’s experience+innocence tour.

“So happy and relieved that anything serious has been ruled out,” Bono said in the statement. “My relief is tempered by the knowledge that the Berlin audience were so inconvenienced. There was an amazing atmosphere in the house, it was going to be one of those unforgettable nights but not for this reason. … We can’t wait to get back there on November 13.”

Berlin’s Mercedes-Benz Arena, where U2 performed Friday and cut short its performance Saturday, tweeted: “Get well soon, Bono.” You can read more on that story and watch the video here.