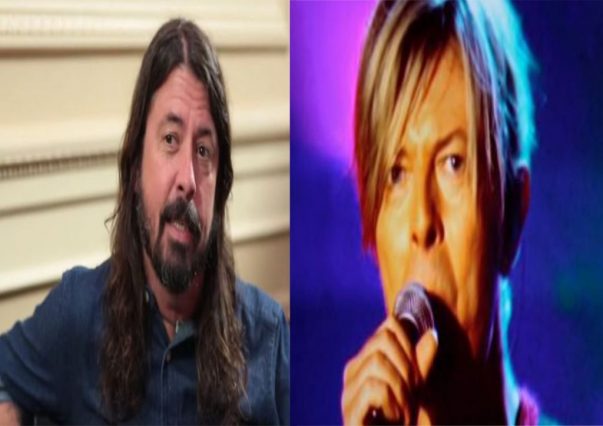 A song that Foo’s frontman Dave Grohl hoped to work on with David Bowie may finally be set for release. However, it’s a mystery band that will be recording the track.

In an interview with GQ, Grohl explained how the song was turned down by Bowie, ‘I tried for years, I thought it was the coolest thing ever. We tried it, kind of worked on it, then I actually contacted Bowie about doing it together for this movie soundtrack, that didn’t work out. He didn’t like the movie, it wasn’t me, it was the movie (laughs). Then I started working on it again, and I then gave it to another band, who hasn’t used it yet.’

However, Grohl refused to reveal who the band working on the track were adding that he didn’t ‘want to spoil the surprise.’

In the same interview Grohl discussed how he still can’t listen to Nirvana’s music, ‘They were some of the greatest highs of my life, but also, of course, one of the biggest lows. Those experiences became a footing or a foundation on how to survive. When Kurt died, every time the radio came on, it broke my heart. I don’t put Nirvana records on, no. Although they are always on somewhere.’

“I remember everything about those records; I remember the shorts I was wearing when we recorded them or that it snowed that day,” he added. Still, I go back and find new meanings to Kurt’s lyrics. Not to seem revisionist, but there are times when it hits me. You go, ‘Wow, I didn’t realize he was feeling that way at the time’.”

Review: Our Last Time To See The Rolling Stones?