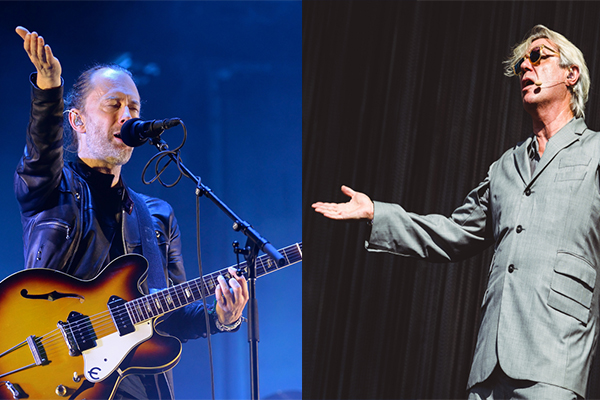 This coming March 29th, a rake of music legends are set for induction into the Rock and Roll Hall of Fame.

In keeping with the tradition of the ceremony, a number of music stars will be on hand to introduce this year’s honoraries.

David Byrne lead singer of Talking Heads will induct Radiohead. Which is apt seeing apt as Radiohead were inspired to name themselves after from the Talking Heads tune “Radio Head” back in 1986.

Consequence of Sound reports that Radiohead lead singer, Thom Yorke will not be in attendance owing to scheduling conflicts. Nine Inch Nails’ Trent Reznor will present The Cure. It’s no secret that Reznor has been a long-standing fan of The Cure since he was a teenager.

Last year, Cure frontman Robert Smith booked Nine Inch Nails to play his Meltdown Festival. Reznor had been quoted in the past saying he “couldn’t given less of a shit” about the Rock and Roll Hall of Fame. However, it looks like he’ll forego his foibles, for one night because of his love of The Cure.

The Rock Hall induction happens on March 29th at Barclays Center in Brooklyn. HBO will air the event at a future date.

Alice Cooper Slams Claims He Has A ‘Death Pact’ With His...