Home Music News Watch: David Byrne Performs Amazing Version Of ‘Once in a Lifetime’ On... 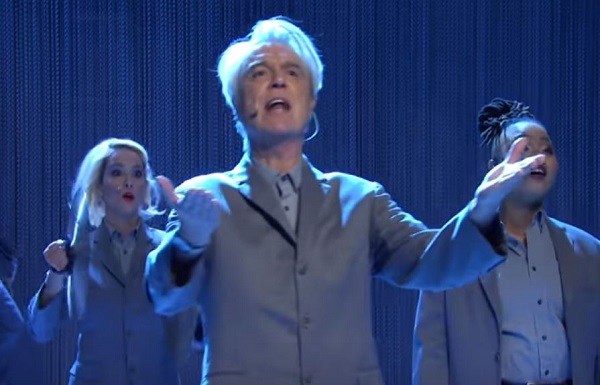 The singer last appeared on the SNL stage over 30 years ago at the same time as the 1989 release of his debut solo album Rei Momo.

Byrne sang a remarkable version of Talking Heads’ “Once in a Lifetime” that sounded quite like the version from American Utopia and “Toe Jam” from his collaboration with Fatboy Slim at The Brighton Port Authority.

Byrne also showed up as a baggage handler in a sketch about LaGuardia Airport before he sang a short version of “Road to Nowhere” with cast members which included a cameo from Jake Gyllenhaal.

The second run of the show starts on Sept. 18 and closes on Jan. 17 of next year, which gives fans plenty of time to buy tickets and plan their trip to the Hudson Theatre.

According to Spin, Spike Lee had previously announced his intention to work a film version of the play later this year, it is probably a safe bet to expect more details to be announced shortly about that as well.

Watch Byrne’s performance on SNL below:

Major Lazer Sent Their Fans A Gift On Christmas Day