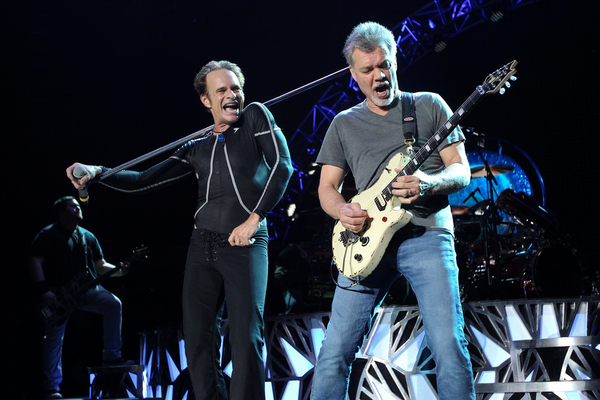 “My guitarist has passed away”, Roth said in a video interview with US Weekly. “He’s either in heaven raisin’ hell. Or he’s in hell, consequently in heaven”.

“Read into that as you wish. And he would have me say it just like that. And I carry on that spirit deliberately”.

Roth also later added that he had “just spoke to Alex Van Halen. We’re about to celebrate our 50th year or ragging on each other”.

Eddie Van Halen passed away following a long battle with cancer last year. News began to spread about the Kitchen Sink Tour. This was to see all members of the Van Halen band joining forces for a reunion tour.

However, the plans were scrapped due to Eddie Van Halen’s ill health.

In the same interview, David Lee Roth also revealed that he will hit Las Vegas for some live shows at the end of this year.

“I’m going to Las Vegas on New Years”, he revealed. “There’s a lot of Vegas DNA in what I do”.

Roth is no stranger to working in Sin City. In January 2020, the former Van Halen frontman launched his residency in Mandalay Bay’s House of Blues. He was also due to perform there in March, but had to cancel those shows due to the pandemic.

This led to Roth issuing an emphatic response to Simmons. The singer posted a picture of a child gesturing the middle finger, with the caption “Roth to Simmons”.

Following this, Gene Simmons apologised to Roth for his comments.

“I don’t mean to hurt people’s feelings, and every once in a while, diarrhoea of the mouth comes out”, he said. More on this here.