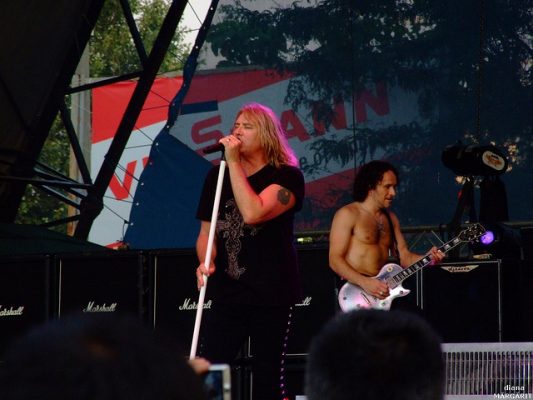 Def Leppard have announced a host of rescheduled dates after they recently had to postpone a number of shows due to an illness in the band.

Lead singer Joe Elliot was suffering from a throat aliment and was advised by doctors to take a break so it wouldn’t get any worse. As of now Def Leppard have rescheduled all postponed gigs expect shows in Atlantic City & Brooklyn.

They band also said that the newly rescheduled shows will not feature support from Def Leppard’s previous tourmates Styx and Tesla.

Def Leppard’s 2016 tour comes in support of their recently released self-titled album, which debuted at No. 10 in the U.S. after its arrival in late October. Guitarist Vivian Campbell also recently spoke about the possibility of recording another album some time soon.

He said “I think we’ll see another record a hell of a lot sooner than the time between this one and the last one,” adding that “There’s always stuff around. There’s always ideas. Everyone in the band is reasonably prolific. With Leppard it’s never the question of not having enough songs; it’s a question of what kind of songs.”

Def Leppard have rescheduled nine shows for later this year with the first being in Lafayette, Louisiana on the 4th of May.

WATCH: The Killers Perform From The Rooftop Of Caesars Palace