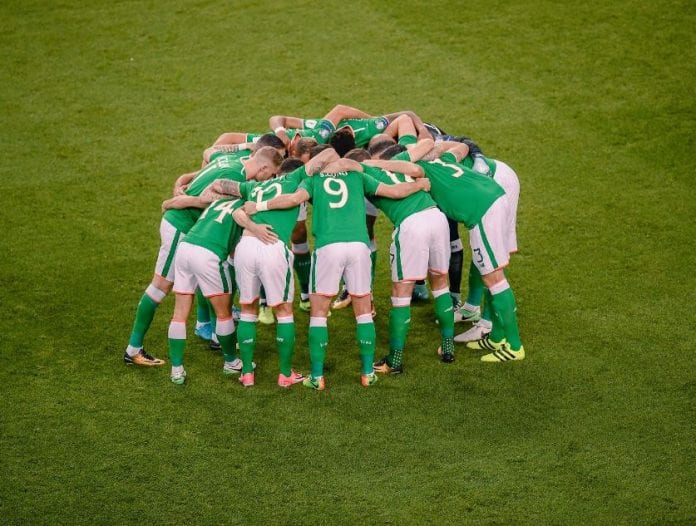 It is literally a case of winner takes it all tonight as Republic of Ireland come face to face with Denmark in the Aviva for the second leg of the World Cup play-off.

Having come away with a 0-0 draw in their first leg at Copenhagen, Martin O’Neill’s squad will be fit and ready for the challenge.

The team are hoping to reach their first World Cup since 2002, but O’Neill insists they’re ready: “We’ll have a look to see how players are. Most played 90 minutes on Saturday.”

“We are ready physically and mentally.”

The game kicks off in the Aviva Stadium at 7.45pm to a sold out crowd as Ireland are hoping to continue their road to the World Cup 2018 in Russia.

Martin O'Neill & @DavidMeyler7 on the importance of the 12th man tomorrow night!
Wear green ✅
Be in your seat early ✅
Get behind the team ✅ pic.twitter.com/TXQS7LULvf

Speaking with regards to the game ending in penalties, the Republic of Ireland manager reckons practice doesn’t really come into it:

“We’ve practiced penalties. You can practice all you want but it’s all about doing the business on the evening. We have people who want to take them and that is half the battle.”

Both O’Neill and Republic of Ireland player, David Meyler, are calling on Irish fans to continue supporting the team.

“In the last three years of competitive football, the crowd have always stayed with us. They realise the side are really well meaning. I can guarantee the players will give everything for them.”

Make sure you get behind the team tonight and let’s have a sea of green in the Aviva!

The Allianz Football Leagues Are Back In Action