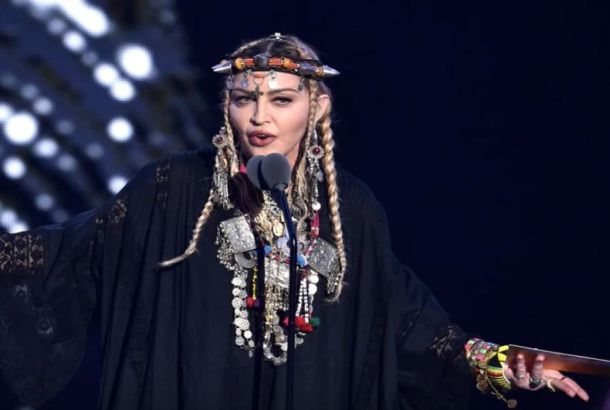 Madonna is set to perform in Tel Aviv at the Eurovision Song Contest this weekend. Ignoring calls for a boycott from human rights and pro-Palestinian activists the singer is adamant that she will appear on the main stage.

In a statement issued to Reuters via SPIN, Madonna told the press:

“I’ll never stop playing music to suit someone’s political agenda nor will I stop speaking out against violations of human rights wherever in the world they may be.”

She said that she is heartbroken by the loss of all the innocent people and those left behind who are subjected to violence on a daily basis in the region. She added, “I hope and pray that we will soon break free from this terrible cycle of destruction and create a new path towards peace.”

Madonna has been asked to reconsider her position by the Palestinian Campaign for the Academic and Cultural Boycott of Israel (PACBI) they issued a response to Madonna’s statement stating that “true solidarity means heeding the call of the oppressed.”

Since the world has started to stand up and show the far-right political powers in Israel that crimes against humanity are not acceptable, many well-known artists have stopped performing in that country.

PACBI say that staging the Eurovision song contest in Tel Aviv will be used as a way of distracting the world to what is actually been carried out by the far-right government there, “Artwashing Israel’s brutal oppression of Palestinians for a million dollars must be among the most immoral political agendas.”

Madonna who performed in Israel in 2009 and 2012 will sing two songs, one which is from her upcoming Madame X album on the night. The Eurovision had 189 million worldwide viewers last year, this year it will feature performers from over 40 countries. The event hosted by last year’s winner Netta Barzilai, is taking place this Saturday.