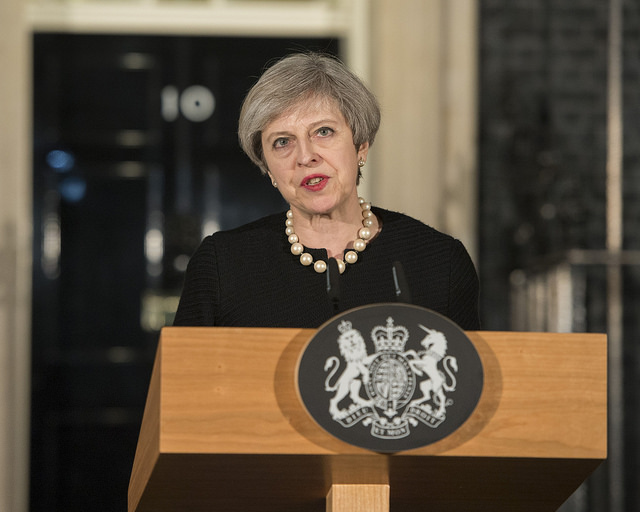 Things over the pond have gone into total disarray, as Britain currently faces a hung parliament. (Heh hung heh). There is no party with an overall majority in the British parliament which means a coalition will have to be formed. Now while we here in Ireland may be used to this scenario. The British are not, and are frankly going a bit bananas over the whole thing.

The conservatives have seen a loosing of their grip on power, having lost 12 seats bringing their total number of seats to 318. The real winners of the day though have been the Corbyn led Labour Party. Much has been discussed about Corbyn’s inability to lead the Labour Party in a general election, but he proved his doubters wrong with an impressive 31 seat gain bringing the party to 261 seats.

In the wake of Brexit, it is interesting to note that UKIP have lost their sole seat in the parliament, and questions are rising as to the future of the party.

The Liberal Democrats have also been dealing with some major blows of their own, with Nick Clegg losing his seat. They did manage to gain three seats, but are still far behind their 2010 peak. It was hoped the party could make a turnaround following their disastrous 2015 election; however it seems they still have a long way to go.

The other big losers from the night were the SNP, which saw them loose 19 seats including Alex Salmond.  Mr. Salmond had a large profile as he was front and centre throughout the Scottish independence referendum.

While the Tories won the most seats, the election will stand as a rather humiliating blow for the party. The snap election was called by Theresa May as a means of strengthening the Tories position going into brexit talks with the EU. However their plan majorly backfired as they have now severely weakened their position.

There is still hope for the Tories to take control as it is looking set that May will make a collation with Northern Irelands DUP. The unionist party has a total of 10 MPs which will help May have a wafer thin majority in the British Parliament. The DUP themselves are fairly similar politically to the Conservative party, so it is predicted the relationship should be fairly harmonious. Both are pro-brexit and have fairly conservative social and fiscal policies. (Sidenote: Sinn Fein have reaffirmed their plans not take their seats in the British parliament).

The ability to form a government so quickly is a saving grace for May who has been facing repeated calls for her resignation following the results.

As expected Corbyn is flying the resignation flag high. Corbyn stated that May has failed in original goal and should back up and make way for a Labour government. “The prime minister called the election because she wanted a mandate,” he said. “Well the mandate she’s got is lost Conservative seats, lost votes, lost support and lost confidence. I would have thought that is enough for her to go actually.”

Within the Conservative party there are calls for her resignation.

Anna Soubry an MP for Broxstowe in Nottinghamshire told the BBC news that Theresa May should “consider her position”.

“It was a dreadful campaign,” Ms Soubry said. When asked to explain what she meant by that, she added: “Well, where do you want me to begin?”
Former chancellor George Osborne, current editor of the Evening Standard, who was sacked from the Cabinet by Mrs May ( so he may be a little biased ), told ITV that he doubts whether she can “survive in the long term as Conservative party leader”. Ouch.

Rathmines Could Be Made One Way For Bus Connects Plans