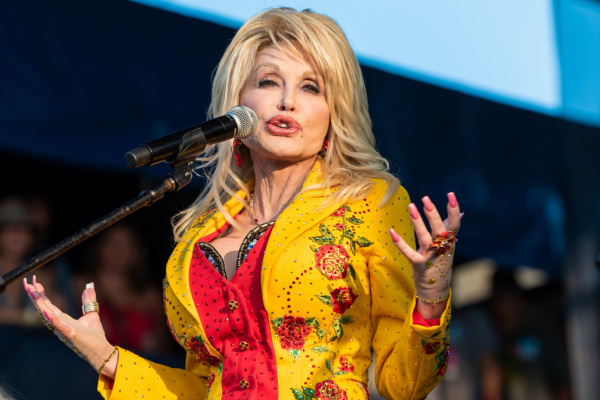 Arriving next year, the album is estimated to arrive between September and October 2023, with Parton already confirming that it would include covers of tracks from Prince, Led Zeppelin, the Rolling Stones, and Lynyrd Skynyrd.

Dolly Parton also revealed that the album would also include a cover from Journey singer Steve Perry, as well as cover of an Elton John track.

“I just recorded for my rock album and I did [Elton’s] song, ‘Don’t Let the Sun Go Down On Me’,“, the country music star revealed in a recent interview.

On top of this, Dolly Parton has also stated that she has reached out to the Tiny Dancer singer, about possibly featuring on her rock album.

On the album itself, Parton also added, “I’m working on that album and that will be coming out sometime next fall hopefully, in time for the Christmas season next year”.

“And so I’m going to do a lot of classic songs that are rock songs and then a few that I’ve written”.

In a previous interview, Dolly Parton also called being inducted into the Rock and Roll Hall of Fame “an honour”.

“That was such an honor. You know, I’m making an album too because I have to live up to all that hype. Honestly, I was sincere – I didn’t mean to start any controversy, but when they said they wanted to put me in the Rock & Roll Hall of Fame, I always thought that was for people who spent their whole life working to be in rock ‘n’ roll. You don’t see Led Zeppelin in the Country Music Hall of Fame…although they could!”.

Speaking of Elton John, last weekend saw the singer announce that he was quitting Twitter. Find out why here.