Home Music Dolly Parton On Hall Of Fame Induction “I Never Meant To Cause... 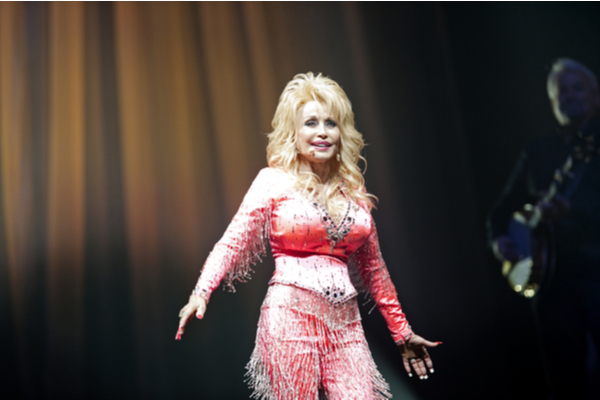 Reacting to her forthcoming induction into the Rock and Roll Hall of Fame, Dolly Parton had said that she “never meant to cause trouble” by initially ruling herself out of the running.

Last month, Dolly Parton had ruled herself of the running, saying that she does not feel she “earned the right”.

“Even though I am extremely flattered to be nominated for the Rock & Roll Hall of Fame, I don’t feel that I have earned that right”, Parton said in a statement. “I really do not want the votes split because of me, so I must respectfully bow out”.

However, it was confirmed yesterday that the country star was to be inducted.

She was also picked alongside the likes of Duran Duran, Carly Simon, Lionel Richie, Judas Priest and Pat Benatar. Other names also include Eurythmics, Eminem and Judas Priest.

Despite her request to withdraw from the running, the Rock Hall of Fame insisted that Parton would still be welcome to accept her induction, should she gain enough votes.

Last week, Parton had even said herself that she would accept the award.

“Well, I’ll accept gratefully”, she said. “I will say ‘thanks’ and accept that”.

Speaking in a fresh interview, Dolly Parton spoke about her inclusion in the Hall of Fame.

“I feel great”, the 9 To 5 singer revealed. “I feel honored that all the people that voted for me did. And I appreciate the Rock & Roll Hall of Fame people for staying there with me,” she told the publication”.

She also insisted that she “never meant to cause trouble or stir up any controversy” by ruling herself out of the running.

“It was just always my belief – and I think millions of other people out there too – always thought the Rock & Roll Hall of Fame was just set up for the greatest people in the rock ‘n’ roll business”, Parton continued.

“I just didn’t feel like I really measured up to that and I don’t want to take anything away from the people that have worked so hard,” she continued. “I found out later that it’s far more than that, obviously… I’m very honored and humbled by [the induction], and so I’ll try to live up to it”.

VICTORY For Nova & You As Ticketmaster Shuts Down Seatwave Under...