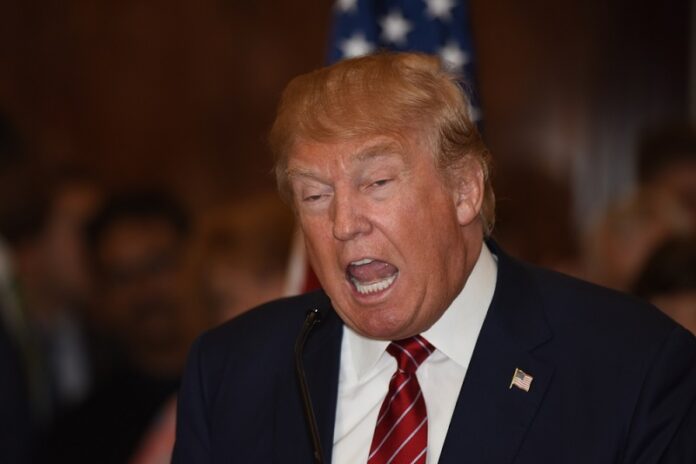 Donald Trump wrote an interesting letter to the Screen Actors Guild (SAG) offering his resignation before he was fired from the organisation.

Before his tumultuous term as President , Trump had many roles in TV and Film.

In a letter written to the SAG, Trump wrote: “I write to you today regarding the so-called Disciplinary Committee hearing aimed at revoking my union membership. Who cares!”

“While I’m not familiar with your work, I’m very proud of my work on movies such as Home Alone 2, Zoolander and Wall Street: Money Never Sleeps; and television shows including The Fresh Prince of Bel-Air, Saturday Night Lives, and of course, one of the most successful shows in television history, The Apprentice – to name just a few!”

In usual Trump manner, he boasted about his so called achievements in cable TV.

“…also greatly helped the cable news television business (said to be a dying platform with not much time left until I got involved in politics), and created thousands of jobs at networks such as MSDNC and Fake News CNN, among many others”.

It was often reported that instead of working, Donald Trump would watch the news and tweet about ratings for news channels during his presidency.

His letter went on to add “Which brings me to your blatant attempt at free media attention to distract from your dismal record as a union. Your organisation has done little for its members, and nothing for me – besides collecting dues and promoting dangerous un-American policies and ideas – as evident by your massive unemployment rates and lawsuits from celebrated actors, who even recorded a video asking, ‘Why isn’t the union fighting for me?’”

In a statement released following the insurrection in Washington, SAG President Gabrielle Carteris said that Trump “attacked the values that this union holds most sacred – democracy, truth, respect for our fellow Americans of all races and faiths, and the sanctity of the free press.”

“There’s a straight line from his wanton disregard for the truth to the attacks on journalists perpetrated by his followers.”

In his letter to SAG, Trump was quick to mention all the roles he has had in TV and Film, but forgot to mention one that involved Rudy Giuliani. Luckily, here at Radio Nova we found it and you need to check it out below.

One of Donald Trump’s last act as President was to order the creation of an ‘American Garden of Heroes’ and the list of heroes is a strange one. You can check our report on it here.