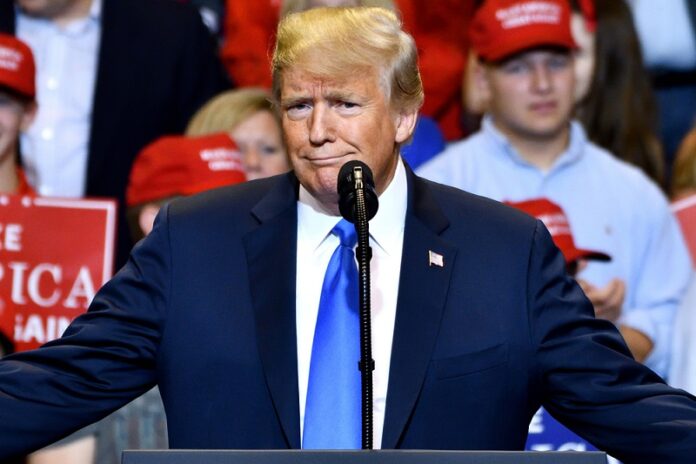 Donald Trump has said he will leave the White House if the electoral college vote declares Joe Biden the winner.

Traditionally, an outgoing President would facilitate a peaceful transfer of power between the two administrations. Hillary Clinton conceded the 2016 election when she lost to Trump. The current President has done neither of these things.

Since the election, Donald Trump has made countless, baseless claims of voter fraud. He has lost well over 30 court cases in regards to the election. There has been disastrous press conferences from his team and many of his staff have been fired.

On Thanksgiving, Trump took questions from reporters for the first time since the election. When asked about if he will leave the White House if Biden is declared the winner, Trump said “Certainly I will, and you know that.”

He also said, without evidence that “it’s going to be a very hard thing to concede because we know there was massive fraud“.

“As to whether or not we can get this apparatus moving quickly — because time isn’t on our side, everything else is on our side, facts are on our side, this was a massive fraud.”

In the press conference, Trump seemed detached from reality as he kept comparing Biden to Obama. “They have Biden beating Obama…in areas that mattered in terms of the election, in swing states and yet he is losing to Obama all over the place”.

Joe Biden received more than 80 million votes, more than any other presidential candidate or President in history.

Trump continued his rhetoric by stating “a lot of things will happen between now and the 20th (January)“. He then likened America to a “third world country“.

You can watch Trump’s outburst here.

Meanwhile, President-elect Joe Biden has been continuing his preparations for his presidency by announcing his nominations for his cabinet. He also issued a warning to the UK and EU by stating that Brexit cannot result in a border on the island of Ireland.