Home News Almost HALF The Population Of Ireland Could Be Vaccinated By The End... 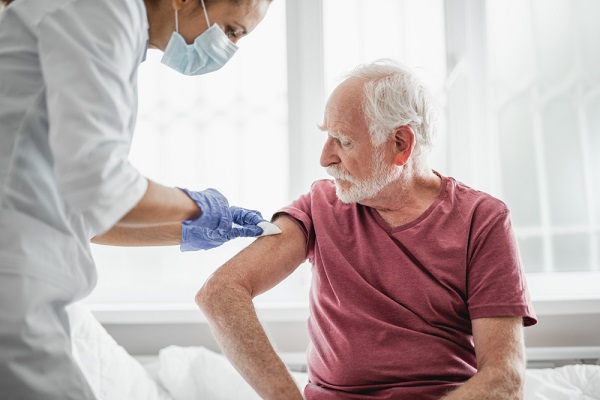 Nearly half of the population of Ireland could receive vaccination by the end of June, according to a new European delivery schedule. With the European Union expecting to receive 406.5 million vaccine doses by then, Ireland could be in line to distribute 4.47 million doses, The Irish Times reports.

The entirety of the doses will be made available to member states, depending on a country’s population size. Representing 1.1% of the overall population of the EU, Ireland could be in line to receive 4.47 million doses, vaccinating just under half of its population of almost 5 million.

33 million doses are expected to be coming this month, with 55 million arriving in March, and a further 300 million between April and June, according to the latest figures. 18.5 million doses were made available in January and allocated to the 27 member states, with 17.6 million of Pfizer-BioNTech doses, and the remainder coming from Moderna.

The number of vaccinations that can be carried out depends on how many of the doses are two-shot vaccines and how many are the single-shot vaccines, currently being developed by Johnson & Johnson. Johnson & Johnson hopes to apply for approval this month, with only Pfizer, Moderna and AstraZeneca already having received approval on their product.

The figures include an upward revision of expected deliveries from Pfizer and AstraZeneca. The revised schedule raised the number of doses promised by March from 31 million to 40 million, after discussions last week over a slowed fulfilment schedule.

Concerns have been raised about possible mutated strains rendering vaccines useless, with EU authorities alarmed by the emergence of new variants of COVID-19. In anticipation of updated vaccines being needed to combat vaccine-resistant mutations of the virus, work is already ongoing with pharmaceutical companies to boost vaccine production capacity and streamline regulatory approval procedures.

Minister for Health, Stephen Donnelly confirmed this week that the State has administered just under 200,000 doses of the vaccine. The HSE confirm this with 150,500 first doses and 49,300 second doses distributed.

Over 1,000 doses of COVID-19 vaccine have had to be destroyed after an error made by an employee in Palm Beach. It was found that a worker accidentally shut down the power supply to a mobile refrigerator unit, rendering the vaccine unusable.