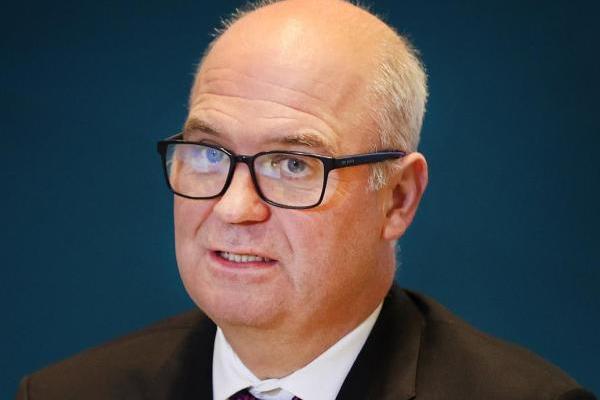 Lynsey Bennett settled her High Court action yesterday over the alleged misinterpretation of her cervical smear slides. Chief Medical Officer, Dr Tony Holohan has offered his sympathies and said he has ‘huge regret’ for the women affected by CervicalCheck.

Dr Holohan was asked about the CervicalCheck issue at the regular National Public Health Emergency Team (NPHET) briefing on Thursday. This followed the settlement reached this week by Lynsey, a 32-year-old mother of two who is seriously ill with cervical cancer.

“I certainly have huge regret about what’s happened to women in those situations,” said Dr Holohan. “I do now, and I have done on many occasions in the past, expressed that, freely, openly, absolutely…enormous sympathy for the women concerned, because it was a basic commitment to women that wasn’t honoured.”

When asked if he should apologise to Lynsey Bennett as the CMO for the country, Holohan said he was not aware of the facts of this particular case, and does not know “any of the details”. Dr Holohan said he did know that a letter had been read out “in respect of that particular case by the clinical director of the programme that’s addressed that issue,” referring to a letter of regret from the head of CervicalCheck national screening programme.

Reporters asked Dr Holohan if he would like to apologise to any of the other women affected by the CervicalCheck scandal. However, he said that the State and the Taoiseach have already apologised.

“A very significant harm has been done to people who have had the experience over the course of the last number of years. There was very significant hurt of those individuals, it was investigated in great detail,” said Dr Holohan, before adding that the “failure” at the centre of the scandal “should have not happened”.

“But it didn’t impact the clinical care of those women,” Dr Holohan declared. “Because this was after the fact, after the diagnosis was made. This is after, it was information that wasn’t known it only came to light or could have come to light after the fact. The failure of this particular programme was to honour a commitment that was given that wasn’t lived up to, to share that information back with the women,” he added.