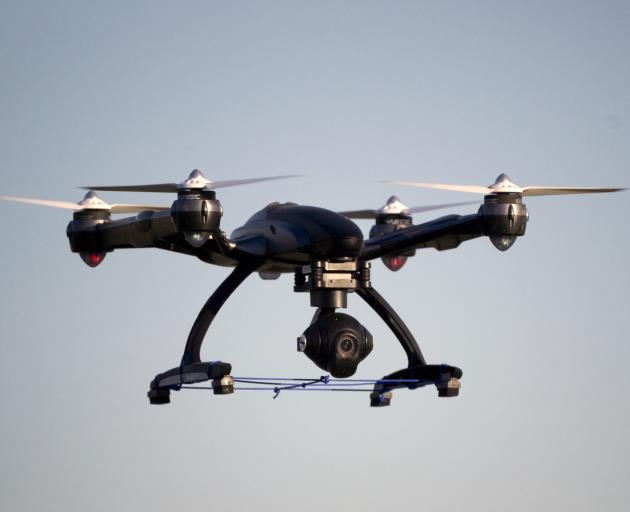 According to reports, a drone was used to deliver a Chinese takeaway to Wheatfield prison, orchestrated by inmates at the jail. A source revealed that “There’s no conceivable way a Chinese takeaway could get into the prison other than by a drone”.

Six weeks ago, containers from a fast food outlet were found by jail staff at Wheatfield prison. The staff believed that the only possible way a Chinese takeaway could be delivered to the prison would be by drone. A source stated: “It goes to show inmates will go to great lengths to get what they want.”

Despite various measures taken by prison staff to ensure that contraband can not be delivered to inmates at the prison, drones are said to be used frequently as a means of dropping drugs in to the facility. “It would appear drones are being used a lot more than they ever were, it’s a regular occurrence now.” It is reported that inmates at the prison are continuing to receive drug orders through this particular method, so much so that the jail are finding it difficult to prevent these situations from happening. “A lot of the drugs appear to be getting in that way. There’s a running joke it’s like dial-a-drug service as you just get word of what you want, cocaine, spice or whatever, and it’s delivered in by a drone.”

The source has also stated: “Not all shipments get through but the vast majority of those looking for the drugs are willing to take the chance. The use of drones to try and drop drugs into the jail yard has many staff questioning if it’s possible to get a no-fly zone about the prison. The drug spice appears to be the drug of choice as it’s cheap and is extremely strong.”