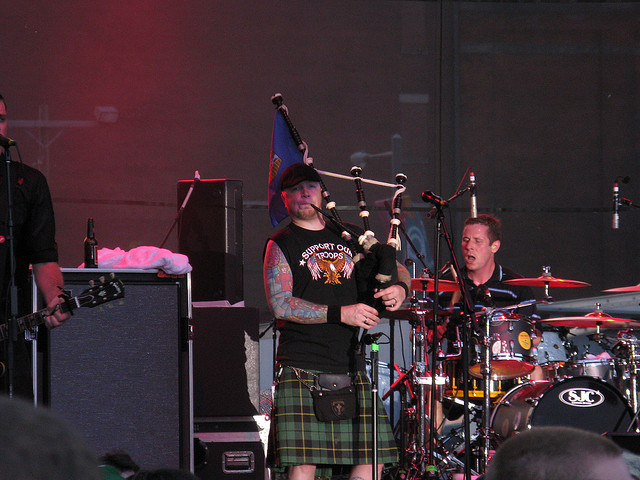 The American punk-rock band Dropkick Murphys have told an US Republican politician to keep away from their music.

As the anti-union politician named Scott Walker, who is the Governor of Wisconsin, has been walking out to one of the Bostonian’s most beloved songs.

Walker has been strutting on to stage at the ‘Freedom Summit’ in Iowa to the tune ‘I’m Shipping Up To Boston.’

Dropkick Murphys tweeted the Governor telling him exactly what they thought of him and his policies: “Please stop using our music in any way…we literally hate you !!!

The Republican politician has yet to respond, although Bill Kristol, editor of the neoconservative news magazine The Weekly Standard, got involved, though he did appear to be very confused.

This isn’t the first time a politician the band hates has used the ‘I’m Shipping Up To Boston’ theme. The band took to their official Facebook page to scold a Republican Senate hopeful called Jeff Fitzgerald. The Celtic rockers described Fitzgerald as a “crony of anti-union governor Scott Walker,” adding, “Using a Dropkick Murphys song as an intro is like a white supremacist coming out to gangsta rap…If you and your staff can’t even figure out your music, you might wanna give up on the politics!”

Dropkick Murphys will be playing two shows on March 17th in Dublin for St. Patrick’s Day.

Liam Gallagher Promises A “Banger” As His First Single On New...