Home News A Dealer Leaves Bag Of Drugs On Train With His Name And... 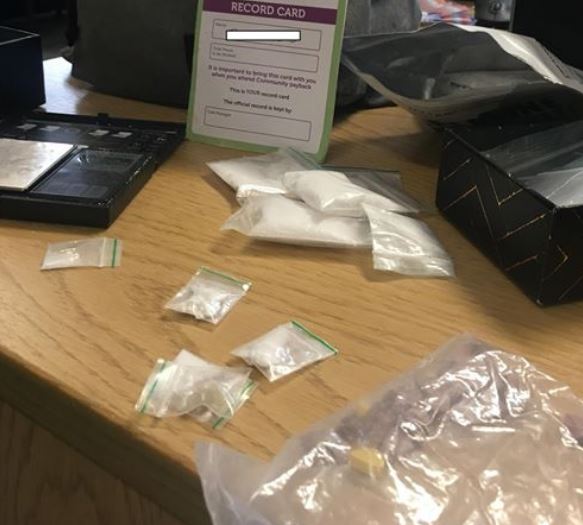 A suspected drug dealer has left a bag full of narcotics on a tram in Greater Manchester in England – along with his full name and address.

British police shared a picture of it on Twitter, with the caption “Deal or No Deal?”

“Deal or No Deal???
Police appeal to reunite lost property with its owner. A poor individual has forgotten his rucksack while travelling on the tram on the Bury line. @MCRMetrolink have located the bag & have checked for any Identification inside to reunite the property with its owner & located; 25 Tablets, Large amount of white powder, small snap bags containing white rocks, snap bags containing white powder & scales. Thankfully the owner of the bag was helpful enough to leave his Community Payback card, his name & address.”