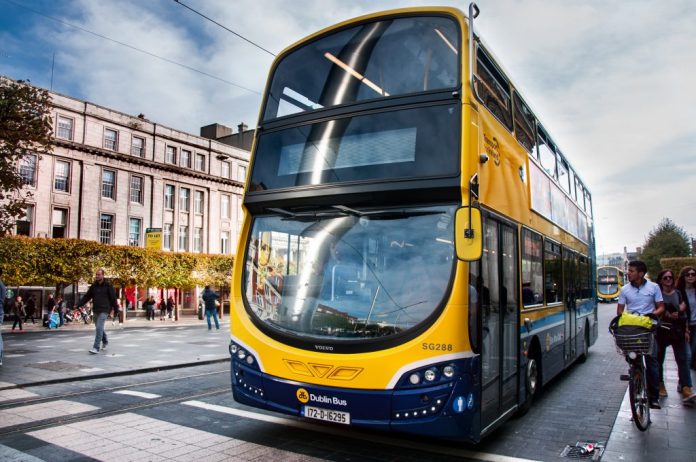 Dublin Bus have been ordered to pay compensation of €7,500, after a bus driver was ruled to have hurled homophobic slurs at a gay passenger. The passenger claimed that the driver aimed slurs like “go on you queer” and “schizo” at him.

Dublin Bus had denied the allegations and the driver issued a complaint to Gardaí concerning the passenger’s behaviour. They also said they were awaiting the outcome of the complaint.

Dublin Bus claimed that the passenger has 75,000 followers on his Instagram account. They claimed that one of the videos posted on the man’s account was of this bus driver finishing his shift on Talbot Street. The passenger is standing out on the pavement, shouting commentary about the driver to intending and passer-by passengers.

Dublin Bus’ operations manager alleged that the driver went on sick leave for three months after this video was released. They added that this driver has had no other complaints made against him.

The bus company have also claimed that prior to Christmas 2017, the passenger had been filming the driver and calling him a “homophobic” and a “bully”.

The company also said, the driver returned from sick leave, and requested to be put on a different route. He has been operating on a different route since October 2018. They admitted that the driver showed poor people’s skills and misjudged certain situations. They did claim that this does not qualify as discrimination of sexual orientation.

Dublin Bus admitted the driver did challenge a passenger about whether or not he was paying the correct fare. They said, “it provoked a grossly exaggerated reaction of outrage”.

The bus company also said that the driver felt powerless to prevent the social media interaction.

A Dublin Bus Spokeswoman said that this was noted at the WRC hearing.

“A degrading and humiliating environment for him”

However, the Adjudication Officer for Workplace Relations Commission found that the passenger was subjected to harrassment on the grounds of sexual orientation. This was in contravention of the Equal Status Act.

Roger McGrath the Adjudication Officer, said that the homophobic terms used by the driver, “created a degrading and humiliating environment for him”.

Mr McGrath said that the “alleged discrimination and harrassment” was because of the passenger’s “sexual orientation”.

He also added, “I therefore find that he was verbally abused and described in what the driver intended to be insulting terms, linked to the complainant’s sexual orientation”.

The ajudication officer also explained that the passenger in question was denied access to the bus by the driver due to his sexuality. He said, “just as bus drivers expect to be treated with respect. So must they treat their passengers with respect. In this case this respect was sadly lacking”.

The passenger made a statement through his sollictors. He said, “I was very happy with the outcome and the decision made by the Adjudicator. The circumstances that led to this case had a huge impact on my life”.

He added, “I was treated differently because I am gay”.

He also said: “I still feel anxious every time I get on a bus that something similar will happen again. I still can’t believe that something like this could happen in Ireland. I was just trying to go about my normal life and I was stopped from doing so”.

Man Dies In Collision At Glenageary