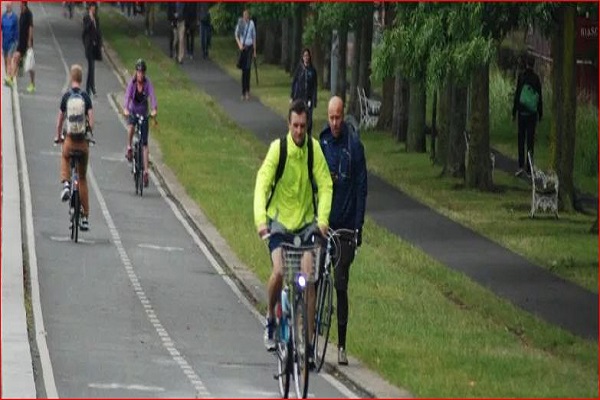 The Dublin Cycling Campaign’s calling for more money to be spent on cycling and walking infrastructure. It doesn’t think the Government’s doing enough for cyclists on World Bicycle Day. The group says at the moment priority’s still being given to cars in the capital. Dublin Cycling Campaign spokesperson Ciaran Ryan called it on the state to invest more.

Meanwhile, Ireland’s largest hotel operator Dalata, which owns the Maldron and Clayton hotel chains and also runs the Gibson hotel, is the latest group to call for the Greater Dublin Area Cycle Network to be developed. The hotel group follows Trinity College Dublin and Digit Game Studios to sign up to CyclingWorks Dublin which aims to show businesses support cycling.

Taking to Twitter, CyclingWorks said: ‘We are happy to announce that @Dalatahotels is joining @tcddublin and @DIGITgaming in calling for @shane_RossTD and @TFIupdates to prioritise investment in the GDA Cycling Network Plan. Dalata seeks safer cycling conditions for their 2,250 staff on their 15 Dublin hotels and HQ.’

Video: The Message ‘Wash Hands’ Appears In The Sydney Skyline