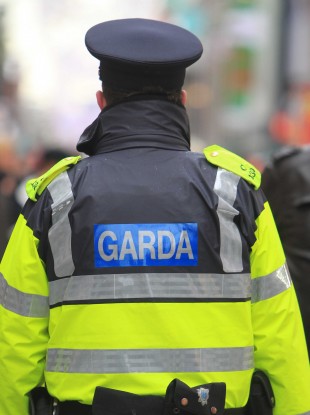 Finglas Gardaí have arrested a man and a woman following a dramatic swoop on the Northside.

A car under surveillance was stopped in Rathbourne Village in Ashtown at around 5 O’clock yesterday evening.

A loaded handgun, silencer, ammunition, a petrol canister and a Halloween mask were uncovered, and the pair in their 30’s were arrested at the scene.

Crime Editor of the Irish Sun is Stephen Breen:

“Well there are a number of feuds ongoing in the capital at the moment. It’s not just the Kinahan and Hutch feud. You have the feud that’s ongoing in West Dublin where two people have already lost their lives. This is something separate that’s primarily related to North Dublin – where you have an individual in Finglas, who does have connections across the city to criminal gangs and is trying to make a name for himself.”

Recently, the Assistant Garda Commissioner revealed detectives have prevented around 40 murder attempts in the feud with the Kinahan cartel.