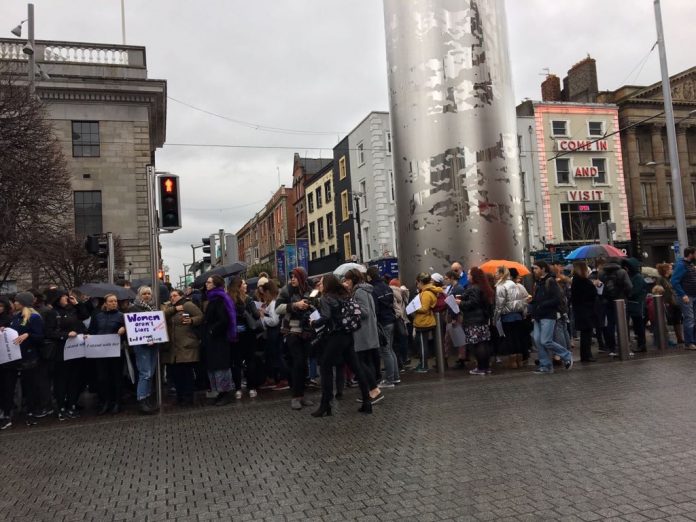 Hundreds of demonstrators have turned out this afternoon at a rally in Dublin in solidarity with the complainant in the Belfast rape case.

They were carrying placards in support of the young woman. The gathering followed yesterday’s acquittal of four men.

Rallies nationwide saw many stand in support of survivors of sexual crime, in response to the acquittal of four men in the Belfast rape trial yesterday.

Calls and donations to rape crisis centres spiked in the wake of the verdict, while the ”I Believe Her” hashtag trended for a time on twitter.

The trial which dominated headlines for weeks, saw all charges for Paddy Jackson, Stuart Olding, Blaine McIlroy, and Rory Harrison all dropped.

The verdicts were returned after the jury had deliberated for three hours and 45 minutes.

The Tanaiste says a “chill factor” has been introduced to the debate on sexual crime following the Belfast rape trial.

A debate around issues of consent has been sparked by the acquittal of four men at the centre of the Belfast rape trial.

Tánaiste Simon Coveney said it’s important to remember the trial was conducted under the rules of a different jurisdiction:

Man Has Part Of Ear Cut Off During Assault In Kilmainham