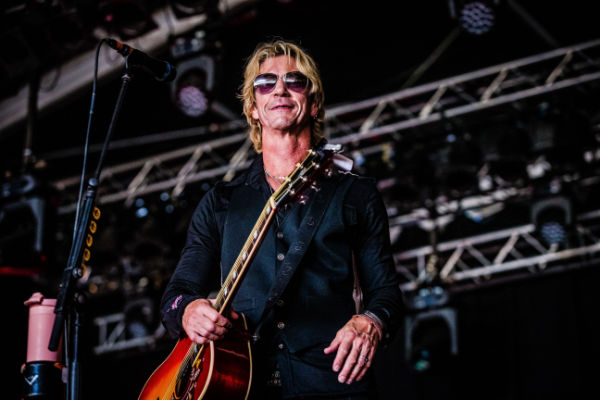 Duff McKagan has appeared to confirm that Guns N’Roses are to perform at this year’s Glastonbury Festival.

The bassist was speaking on SiriusXM’s Three Chords & The Truth show about the band’s upcoming Summer plans, which include a major show at London’s Hyde Park the week after the Worthy Farm Festival.

It was at this point where McKagan appeared to let the cat out of the bag, with the following comments, “…and Glastonbury is gonna be iconic”. He did not offer a follow up explanation.

You can hear McKagan uttering these remarks here.

And it's a biggie. On his radio show Guns n Roses bassist says "Glastonbury will be iconic!"#Glastonbury #GunsNRoses https://t.co/4JoeBlagbO

Other Acts Confirmed For Glastonbury

So far the only other act confirmed to perform at Glastonbury this Summer is music icon Elton John.

Taking to the Pyramid Stage on June 25, Elton John will take in Glastonbury as part of his last ever tour, before he retires from the stage.

Stating that he “couldn’t be more excited to be headlining the Pyramid stage”, Elton John also told his fans,

“As the end of my Farewell Yellow Brick Road tour comes into view, there is no more fitting way to say goodbye to my British fans,” he added. “They have been beyond brilliant, and have supported me through all the highs and lows of my career … I can’t wait to embrace the spirit of the greatest festival in the world”.

“Every week I speak to new artists on my radio show and Glastonbury is often cited as a pivotal moment in launching their careers – the festival’s genuine, enthusiastic support for the best emerging talent is something I’ve long admired. Thank you for having me Emily Eavis for my final UK show – it’s going to be emotional”.