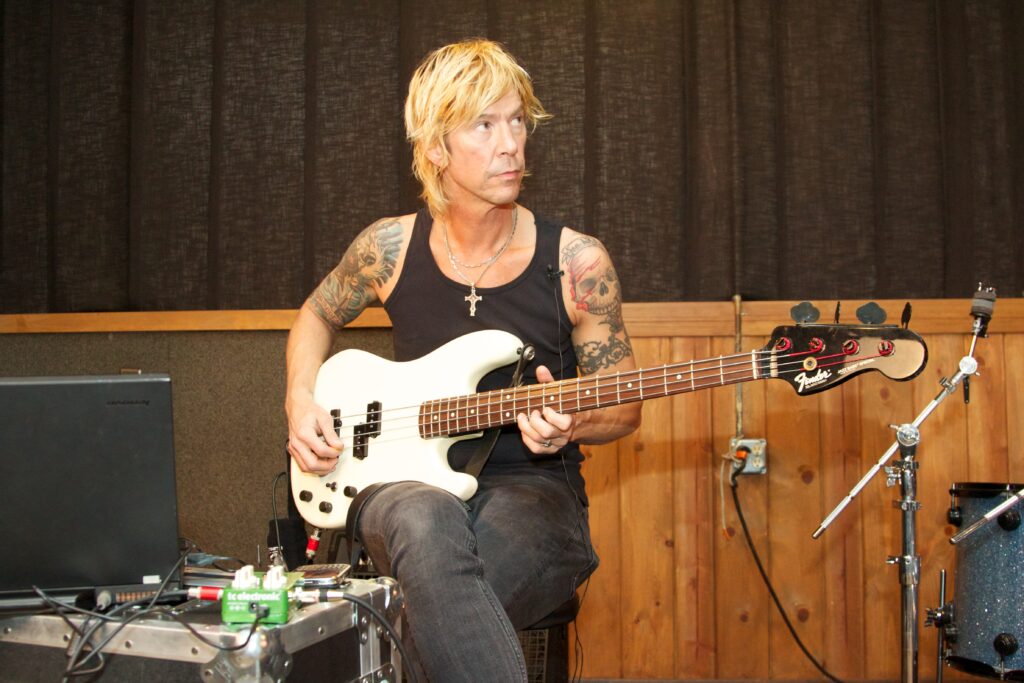 Duff McKagan bass player with GNR is now the third band member to confirm that the reunited Guns and Roses line-up are making a new record.

Both McKagan and guitarist Slash returned to the group in 2016 but despite a number of successful tours, there’s not been a whisper of any new songs.

Now, McKagan has added his voice in confirming that he has listened to demos Rose has been working on. Speaking to Trunk Nation radio via Cos he said,

“There’s never been a direct schedule on how we do things. I’ve heard some magnificent stuff that Axl has, really cool stuff he’s been working on. So I’m excited about the possibilities of that, of course.”

However, McKagan warned fans that they shouldn’t hold their breath, “I don’t mean to get anybody rabid. Our day will happen when it happens, that’s for sure.”

The guitaristst says the band want to keep a sense of mystery surrounding the band’s new music. He said, “The album is real. But the fun part and the cool part about Guns N’ Roses is we don’t really talk about it. What happens next just happens.”

Slash and fellow axeman Richard Fortus have both recently hinted at new music was in the pipeline.

U2 Performed New Track ‘You’re The Best Thing About Me’ On...