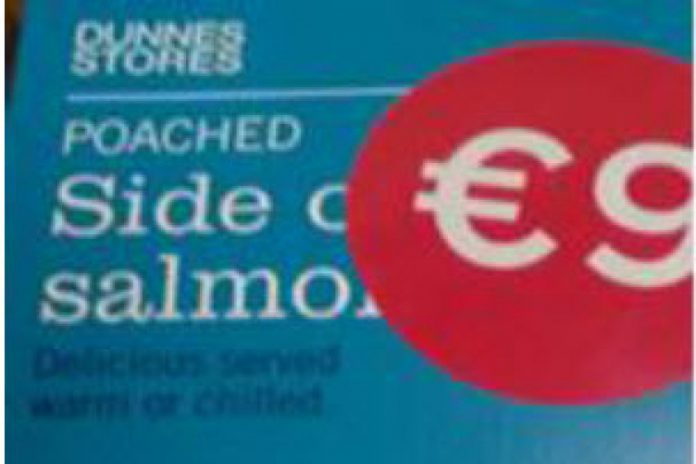 Dunnes Stores has been forced to recall some of its Salmon range.

A selection of the supermarket chain’s poached salmon has an the wrong use-by date of February 19th on the front of the package – with the correct date of 19th January on the side.

The Food Safety Authority of Ireland has advised that the fish should not be consumed after January 19th which is nearly three weeks ago.

The product should be returned to Dunnes Stores..