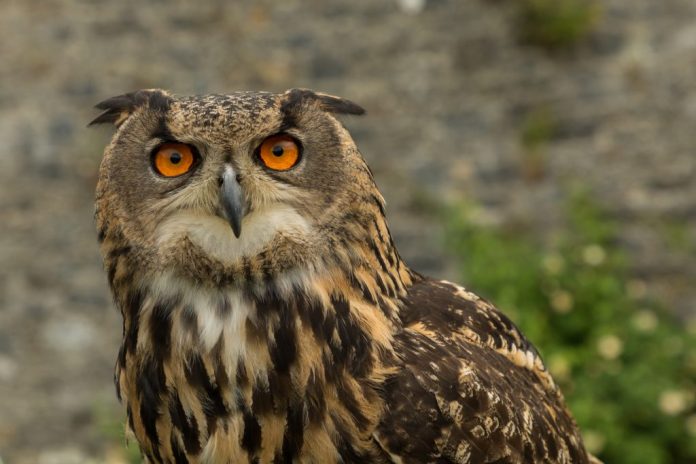 An eagle owl, capable of eating a fully grown deer, has gone missing in Co. Kildare.

The female European Eagle Owl escaped from its home in Curragh Grange while being fed on Friday.

The powerful bird – which has a 6 and a half foott wingspan – was last seen in Caragh two days ago.

Her owner Darren Jackson says she’s most likely still in the Kildare area.

Sod That! Dublin Man Ends Up With Back Garden Full Of...