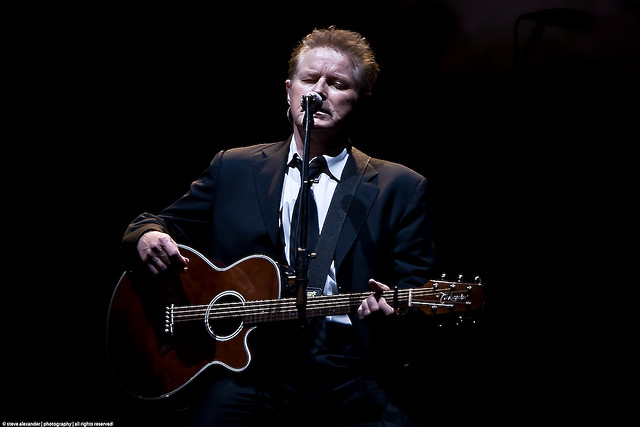 The Eagles drummer/singer Don Henley has fired shots at Kanye West in a new interview where he was discussing the use of ‘Hotel California’ in a track by R&B artist Frank Ocean.

Henley was embroiled in a row with Frank Ocean last year after the singer sampled his band’s classic ‘Hotel California’ without any permission. Henley threatened to sue and had some quite disparaging remarks about Ocean himself.

In a recent interview with The Guardian, Don Henley spoke about the situation saying “Some of these young kids have grown up in a world that doesn’t understand or respect copyright material or intellectual property. They look at songs as interactive playthings.”

Frank Ocean previously insisted that he was “paying homage” to Henley on his track ‘American Wedding’ and didn’t deserve to be sued. Ocean later said “Ain’t this guy rich as f*ck? Why sue the new guy? I didn’t make a dime off that song. I released it for free.”

The topic of conversation then moved onto Kanye West and his recent statement that he wants to run for president, which led Henley to say “I don’t like him, either. He won’t be president. He’s either incredibly arrogant or incredibly insecure, or some combination of the two.”