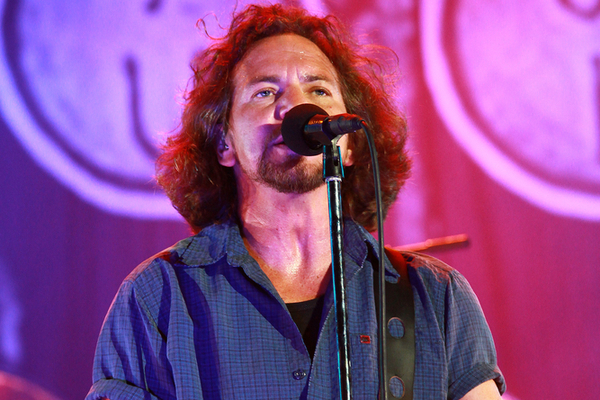 Eddie Vedder kicked off his previously derailed ‘Earthling’ tour in the US earlier this week with an impromptu performance of the Pretenders’ hit ‘Precious’ alongside Duff McKagan.

The Pearl Jam frontman resumed the tour after a few California shows had to be postponed due to an outbreak of Covid-19 . The rocker returned to the stage on Monday (February 21) at Seattle’s Benaroya Hall.

Vedder’s setlist included a variety of covers in additional to ‘Precious’ such as Tom Petty’s ‘Room At The Top’, Sex Pistols’ ‘God Save The Queen’, The Who’s ‘I’m One’, George Harrison’s ‘Isn’t It A Pity’, and Bob Dylan’s ‘All Along The Watchtower’.

In addition to preforming songs from his recent solo LP ‘Earthling’, Vedder also took on a series of Pearl Jam classics including ‘Porch’, ‘Wishlist’, ‘Corduroy’, and ‘Dirty Frank’.

Fans were also in for a surprise when Vedder’s daughters, Olivia and Harper, joined him onstage for performances of ‘My Father’s Daughter’ and ‘Try’ respectively.