Home Music News Eddie Vedder Opens Up To Fans On His “Pretty Serious” Bout Of... 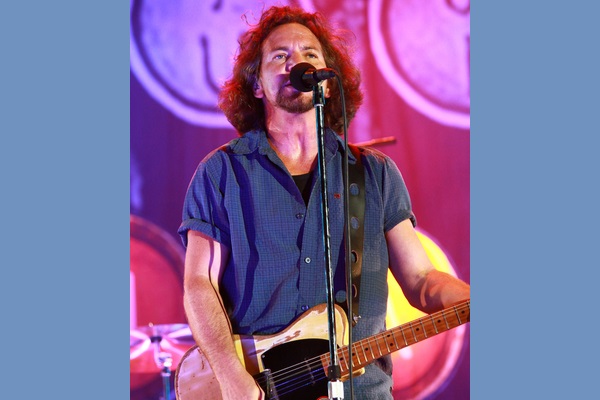 Pearl Jam frontman, Eddie Vedder has updated fans on his battle after contracting a serious dose of COVID-19 earlier this year. Speaking to a live audience, the rocker reveals he had witnessed his life rush before his eyes with the “pretty serious” illness caused delays to his tour.

Scheduled to support his new solo album, Earthling – which released February 11th – Eddie took time out for himself to recover. Following a gig with Duff McKagan the previous night, the rocker returned to perform with his daughter Olivia during February 25th’s penultimate concert at the YouTube Theatre Los Angeles. The pair lovingly performed My Father’s Daughter before an exchange of words with her, and gestures towards the audience. Check out this loving moment in the video below.

Shouting to the crowd, Eddie confessed that he “just wanted her to take a quick second to look at this, because it’s very rare. It’s incredible. I got the COVID right before we were supposed to start practicing, about five or six weeks ago, and literally saw my life flash in front of my eyes.”

Eddie added that he had done some “very good things for my body, and I’ve also had a lot of fun.” The Pearl Jam frontman seemed to remember that his daughter was in attendance, as he became self-conscious of his surroundings while reminiscing of past partying. “I’ve done some things that… I don’t want to get into the details; just use your imagination!”

Returning to his illness, Eddie confessed that although it felt “pretty serious,” he is truly grateful for the support of fans. “And to get through that and then be back in a room like this, facing this many people facing this way, listening to us… really, truly, it’s been a gift and an honour. Thanks for listening; we’re so grateful.”

Following the loving embrace, Eddie invited Olivia back to the stage for an introduction of the song, Try, by repeating her brief contribution to the album; a fast count of “one, two, three, four.”