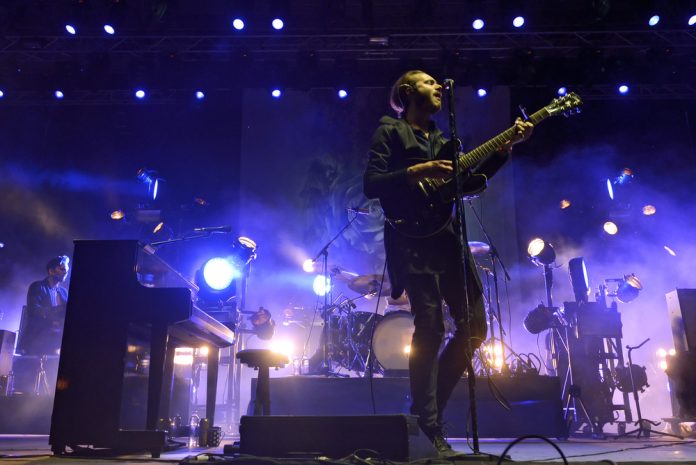 Editors have announced two dates for Ireland later this year. The band will play Ulster Hall, Belfast on the 15th October before heading to Vicar St, Dublin on 16th October 2018. It’s part of an extensive U.K. tour culminating in final show at the London’s O2 Academy Brixton on October 24.

Tickets go on sale for the two Irish shows on 9th of March at 9 am. The same date will see the release of their 6th Album Violence. The release follows a three year break since the release of 2015’s stunning, top 5-charting In Dream.

When describing Editors’ sixth album, Tom Smith keeps journeying back to the same word, ‘brutal’. It’s an apt descriptor for Violence, both in the record’s aggressive title and its all-enveloping, assertive sound. However, Violence isn’t brutal for the sake of it, and it’s rarely the enforcer. Instead, it acts as a haven, a protective shell against the often relentless brutality of the outside world.

In 2018, almost everyone is seeking some kind of escape, from ultra-consumerist culture, from tyrannical power-holders, from the endless swarm of grim headlines popping up as anxiety-inducing notifications.

While not overtly political, Violence has a ferocious, in-your-face and direct sound with equal emphasis on invention. It’s the sound of studio-heads honing their craft.

Six albums in three of them with former guitarist Chris Urbanowicz and three as the current five-piece they sound more comfortable in their skin than ever.

Tickets go on sale this Friday 9 March at 9am through www.ticketmaster.ie & usual outlets nationwide.