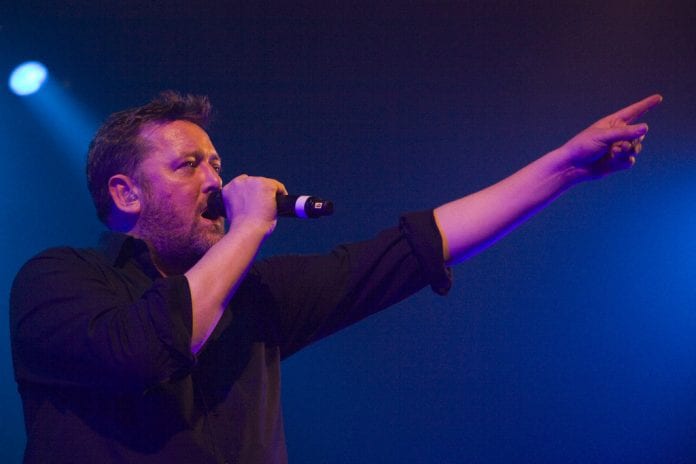 Elbow have announced a 2018 date at the 3Arena next February. The gig will be on the 24th of February in the 3Arena, Dublin with special guest John Grant.

The band performed twice at Electric Picnic last month, after the release of their new seventh studio album in February 2017. ‘Little Fictions’ is described as an upbeat, band album. The sessions held for the album were ‘collective affairs’, with all four members gathered in a house in Scotland before heading to Guy’s attic in Prestwich, where they finalised recordings in Blueprint studios, Salford.

All the band talk of the sessions as being ‘joyful’. Mark summarises it as ‘the sound of four people who love what they do and each other’, of an album that came into being naturally and, at times even unconsciously. Lead single ‘Magnificent (She Says)’ was embraced for the joyous, thrilling piece of music it is, positive and outward looking.

Alt-Rock artist John Grant will join the band in the 3Arena, after his collaboration with the band last month for the re-imagining of Elbow’s ‘Kindling’. Check it out below:

Tickets priced from €59.50 inclusive of booking & facility fees go on sale this Thursday, 12th October at 9am from Ticketmaster outlets and www.ticketmaster.ie