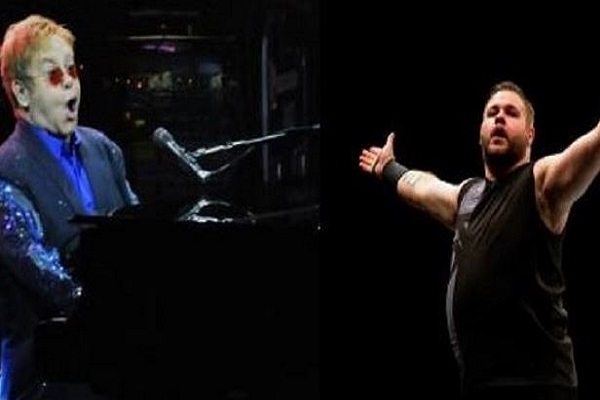 Saturday Night’s all right for fighting! One would never link the world of wrestling and Elton John together but that could soon be about to change.

WWE star Kevin Owens has taken to Twitter to challenge the singer to a wrestling match! Owens felt the need to express his disatisfaction with Elton for cancelling his Farewell Yellow Brick Road tour date in Orlando due to an ear infection. It seems that Owens was not happy because he had planned to take his date to the show.

Owens jokingly laid down the gauntlet to the Rocket Man, “Nobody ruins my wife and I’s date night except me! You, me … WrestleMania. I’ve fought men in their 70s before, I can do it again.”

Hey, @eltonofficial, nobody ruins my wife and I’s date night except me!

This is not the first time Owens has grabbed the spotlight from a musician. The wrestler appeared on stage at a Shania Twain concert, took hold of the singer’s microphone and goaded the crowd.

Oasis Reportedly Offered €20 Million By MCD To Reform For A...