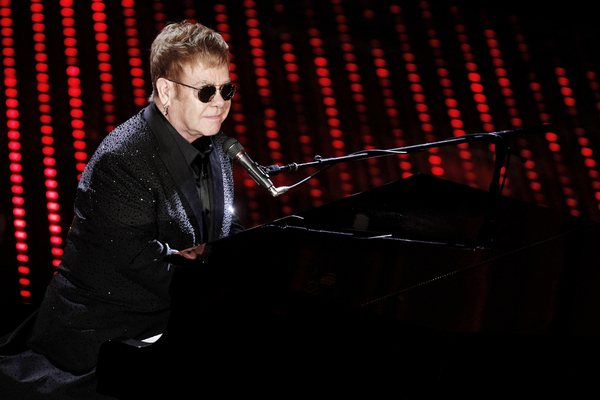 Elton John dedicated Don’t Let the Sun Go Down on Me to the memory of Foo Fighters’ drummer Taylor Hawkins.

John was performing at a show in Des Moines, Iowa on Saturday night when he dedicated his 1974 hit to Hawkins, who passed away on Friday, aged 50.

“I was so shocked because he played on my Lockdown Sessions; he was one of the nicest people you could have ever met, and one of the greatest drummers, and a true musician who loved all sorts of music, and loved life,” John said of Hawkins. “And it seems so sad that at 50 years of age we’ve lost someone that had that much passion. And it makes me so downhearted for his family and his three children, his wife, his other relatives, and of course the Foo Fighters have lost a dearest loved one that can never ever be replaced. His music will live on, but I can tell you he was a great, great guy.”

You can watch John’s performance below.

Hawkins’ death was announced on Friday in a statement by his bandmates.

“The Foo Fighters family is devastated by the tragic and untimely loss of Taylor Hawkins,” Foo Fighters wrote. “His musical spirit and infectious laughter will live on with all of us forever. Our hearts go out to his wife, children and family, and we ask that their privacy be treated with the utmost respect in this unimaginably difficult time.”

John was but one of several musicians to pay tribute to Hawkins over the weekend.

At a show for the Teenage Cancer Trust in London’s Royal Albert Hall, Liam Gallagher ended the show by dedicating a rendition of Live Forever to Hawkins.

“I dedicate this last song to the one and only Taylor fucking Hawkins,” Gallagher said. “This is for you, brother.”

Gallagher’s band displayed Hawkins’ name on the front of their drum kit.

At Lollapalooza Brazil, Miley Cyrus performed her hit Angels Like You with a giant image of Hawkins behind her.

In Mexico, Coldplay dedicated a song to the drummer.

“We heard that a friend of ours in a great, great band called the Foo Fighters has passed away,” Chris Martin said. “We weren’t sure whether to talk about it in this concert but we have to because they’re our friends and we care about them. We feel like we should send love to the Foo Fighters, because we all knew Taylor, their drummer, who was a beautiful beautiful man, and so we’re gonna play this song for the Foo Fighters.”

Stevie Nicks shared a picture of herself and Hawkins, along with a poem she wrote in his memory.