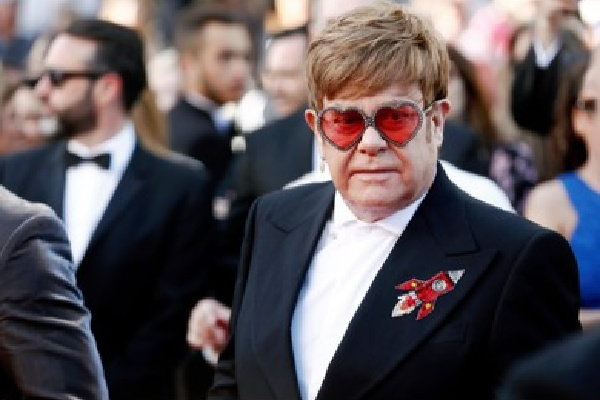 Elton John has shared his favourite music from 2022, with artists such as Mumford & Sons, Burna Boy and Let’s Eat Grandma all making their way onto the list.

Naming his tracks, the music icon mentioned ‘Firebabe’ by Stormzy ‘Last Last’ by Burna Boy, ‘Happy New Year’ by Let’s Eat Grandma, ‘Run The Credits’ by Oliver Sim, ‘Grace’ by Marcus Mumford, ‘Go’ by Cat Burns and ‘Growing Up’ by The Linda Lindas.

Elton John mentioned these tracks on his own show Rocket Hour Apple Music 1, as a way to round off the year.

He also lauded Stormzy’s new album ‘This Is What I Mean’, calling it “incredible”.

“It’s an album that I think shocked a lot of people because it wasn’t usual Stormzy, but I knew that Stormzy had a great voice from ‘Blinded By Your Grace’ from his first album”, he said.

Paying tribute to the artists, Elton John said that their new music “inspires” him.

“With the Rocket Hour we just try and give people exposure by playing and interviewing them. It’s something I’ve been doing now for over six years. I haven’t grown tired of it. I love it. The new music makes me feel fantastic. It inspires me”, he said.

“So I have to thank all the new artists, and all the old artists that we play on the show, because we don’t just play new artists. But every week that I do the show is such a pleasure for me, so thank you”.

“Women were making fantastic music – Wet Leg, Nova Twins, Let’s Eat Grandma, The Linda Lindas. And then we had fabulous rising acts like Yard Act, Cat Burns, Stephen Sanchez, and Jean Dawson. And hopefully, we can give them a leg up and help them with their career by interviewing them on the Rocket Hour”, Elton added.

“And for example, when I played my Hyde Park show in London, I was supported by Let’s Eat Grandma, Juanita Yuka, Rina Sawayama, BERWYN, Gabriels, Tom A. Smith and Thomas Hedden. And it was just a wonderful thing to me to have those artists on the show. They all did brilliantly in front of 65,000 people. That’s what the Rocket Hour is all about”.

Elton John also referred to the rise of African music and its growing influence.

“African music really, really came through in a big way this year with acts like Burna Boy and Asake,” John said. “We played a lot of African music on the show, and not just from Nigeria. I was in New York and I had ran into Meek Mill and he said that African music is the only kind of music he listens to. So it shows you what an influence it’s having on a worldwide basis. And long may it continue”, he stated.

Earlier this month, Elton also shared his reasons for quitting Twitter. Find out what he said here.