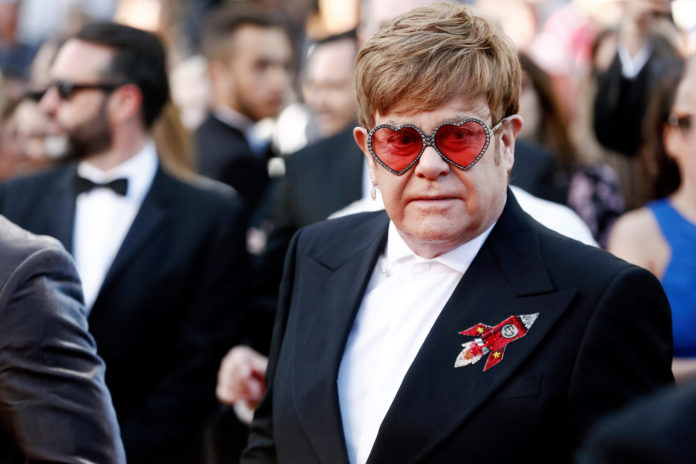 Elton John recently responded to homophobic and inflammatory comments made by DaBaby this weekend during his set at Rolling Loud Miami.

The North Carolina rapper has been the subject of widespread criticism after he made controversial comments on the topic of homosexuality and HIV/AIDS during his performance on Sunday (July 25).

“If you didn’t show up today with HIV, AIDS, any of them deadly sexually transmitted diseases that’ll make you die in two or three weeks, put your cellphone light up.,” he could be heard saying in footage from his set.

Elton John, founder of the Elton John AIDS Foundation charity, took to Instagram on Wednesday (July 28) to condemn the rapper and offer facts and figures about HIV.

“We’ve been shocked to read about the HIV misinformation and homophobic statements made at a recent DaBaby show,” John wrote. “This fuels stigma and discrimination and is the opposite of what our world needs to fight the AIDS epidemic.”

The singer also shared some important statistics about HIV/AIDS:

“HIV has affected over 70 million people globally: men, women, children and the most vulnerable people in our communities.

“In America, a gay black man has a 50% lifetime chance of contracting HIV. Stigma and shame around HIV and homosexuality is a huge driver of this vulnerability. We need to break down the myths and judgements and not fuel these.

“You can live a long and healthy life with HIV. Treatment is so advanced that with one pill a day, HIV can become undetectable in your body so you can’t pass it onto other people.”

John concluded his post by saying that it is a musician’s job to “bring people together,” and that there was no space in the industry for DaBaby’s “homophobic and HIV mistruths.”

“As musicians, we must spread compassion and love for the most marginalised people in our communities,” he added.

Pop star Dua Lipa – who collaborated with DaBaby on the remix of her 2020 hit “Levitating” – said that she was “surprised and horrified” by the rapper’s outburst.

“I really don’t recognise this as the person I worked with,” she said in a post to her Instagram Story. “I know my fans know where my heart lies and that I stand 100 per cent with the LGTBQ community. We need to come together to fight the stigma and ignorance around HIV/AIDS.”

DaBaby has since issued an apology via Twitter: “What I said was insensitive,” he said, “Even though I have no intentions on offending anybody. So my apologies.”