Home Music Elton John Speaks Out in Support of Ukraine 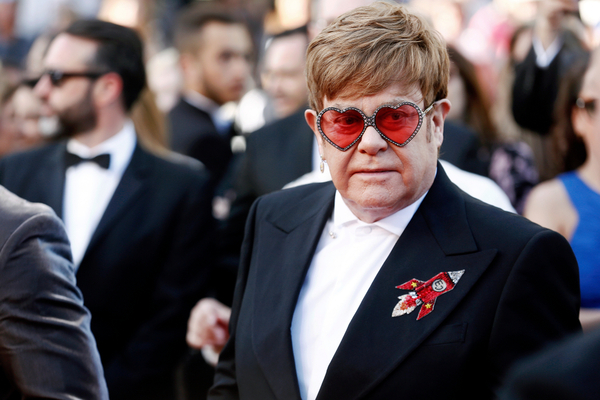 Elton John has taken to social media to express his support for the people of Ukraine.

John shared an image of the Ukrainian flag to his Instagram.

“For over 20 years, the Elton John AIDS Foundation has supported some of the most vulnerable people in Ukraine with access to HIV services and care, as part of our commitment to communities across Eastern Europe and Central Asia,” he captioned the image. “We are heartbroken and appalled to see this conflict unfold and our hearts are with the people of Ukraine who do not deserve to live through this nightmare. During these devastating times, we stand for an end to the violence and suffering in Ukraine so that life-saving services and humanitarian aid can reach those desperately in need.”

John is one of many from the world of music to express support for Ukraine and condemnation of Russia’s invasion.

Green Day have cancelled a scheduled show in Moscow.

The band was to play at the city’s Spartak Stadium on May 29th.

“With heavy hearts, in light of current events we feel it is necessary to cancel our upcoming show in Moscow at Spartak Stadium,” Green Day wrote on Instagram. “We are aware that this moment is not about stadium rock shows, it’s much bigger than that. But we also know that rock and roll is forever and we feel confident there will be a time and a place for us to return in the future.”

Twisted Sister frontman Dee Snider, whose grandfather was Ukrainian, has reacted to news that the band’s We’re Not Gonna Take It has become an anthem of resistance in Ukraine.

“I absolutely approve of Ukrainians using We’re Not Gonna Take It as their battlecry,” Snider wrote on Twitter after being made aware of the 1984 song’s use by Ukrainians. “My grandfather was Ukrainian, before it was swallowed up by the USSR after WW2. This can’t happen to these people again!”

I absolutely approve of Ukrainians using “We’re Not Gonna Take It” as their battlecry. My grandfather was Ukrainian, before it was swallowed up by the USSR after WW2. This can’t happen to these people again! #FUCKRUSSIA

Some Twitter users asked why Snider approved the song’s use by Ukrainians but not by those who oppose COVID mandates.

“People are asking me why I endorsed the use of We’re Not Gonna Take It for the Ukrainian people and did not for the anti-maskers,” he wrote. “Well, one use is for a righteous battle against oppression; the other is an infantile feet stomping against an inconvenience.”

People are asking me why I endorsed the use of “We’re Not Gonna Take It” for the Ukrainian people and did not for the anti-maskers. Well, one use is for a righteous battle against oppression; the other is a infantile feet stomping against an inconvenience.

“It’s not about any specific artists or aesthetics — it’s about something much bigger than all of us, it’s a pure gesture of solidarity,” Tolokonnikova said.

our goal is to raise funds to donate to Ukranian civilian organizations who help those suffering from the war that Putin started in Ukraine.

we’ll be buying an NFT of Ukrainian flag.

Watch Britney Spears Forget Where She Is In Front Of Blackpool...