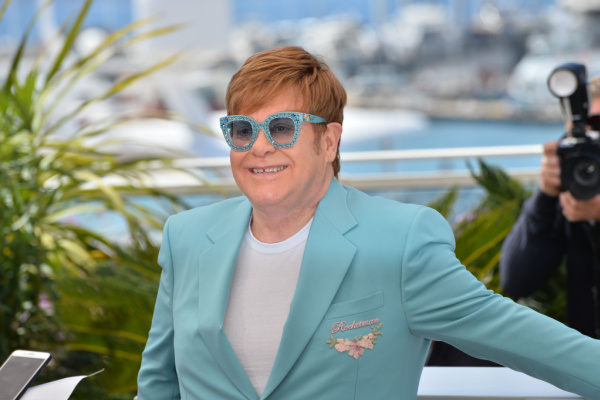 Elton John teased fans at Cannes restaurant La Guérite, by playing a segment from his upcoming collaboration with Britney Spears, ‘Hold Me Closer’.

This segment was livestreamed by Elton John’s Instagram account, which showed the singer playing the track from the restaurant’s DJ booth.

Announcing the track over a microphone, Elton John sang segments of the track.

Check this out for youselves here.

‘Hold Me Closer’ includes interpolations from Elton’s hits ‘Tiny Dancer’ and and ‘The One’. This reworking is similar to his 2021 number one track ‘Cold Heart’ which featured DUA Lipa and PNAU.

‘Hold Me Closer’ which will arrive this Friday, also marks the first official track to feature Britney Spears since the termination of her conservatorship last year.

Following her father Jamie Spears’ decision to step down as conservator last October, Britney thanked her fans for their support.

“I have no words… because of you guys and your constant resilience in freeing me from my conservatorship… my life is now in that direction”, she said.

“I cried last night for two hours cause my fans are the best and I know it”.

In a separate Tweet, she added,  “I feel your hearts and you feel mine… that much I know is true”.

As for Elton John, it was also confirmed back in May that the singer’s Farwell Tour was to become the subject of a documentary.

Co director RJ Cutler had this to say, “What a thrill and an honor it is that David Furnish and I get to create this intimate and unique look at one of the world’s most celebrated artists”.

“As it has for so many others, Elton John’s music has had deep meaning for me for decades, and this opportunity is nothing short of a career highlight and privilege”. More on this from Nova here.