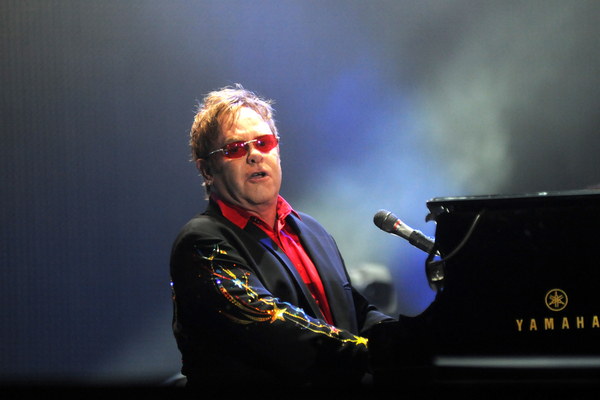 Elton John has announced two extra live shows at Vicarage Road as part of his End of The Yellow Brick Road Tour. Vicarage Road is of course home to Elton’s beloved Watford FC.

The legendary singer has had a long association with the football club, having become their chairman in 1976. He has remained as an honorary president of the Hornets to this day.

During his time as chairman, Watford rose through the league divisions, finishing runners up in Division 1 to Liverpool in 1983, and reached the FA Cup Final the following year.

Watford has “meant the world to me” – Elton

“I simply had to play Vicarage Road a final time as part of my Farewell Yellow Brick Road tour”, the music icon said in a statement.

He continued, “My relationship with the club, with the fans, the players and the staff over the years have meant the world to me. Through the good times and the bad, Watford have been a huge part of my life”.

“I love the club so dearly, and have had some of the best days of my life in those stands – these shows are going to be so incredibly emotional, and to spend them surrounded by my fellow Watford fans will be wonderful. We’ve been on quite the journey together. Come on you ‘Orns!”.

Elton also tweeted this, “I’m so excited to finally announce that as part of the #EltonFarewellTour, I will be returning to perform at the home of @WatfordFC ,Vicarage Road, for two nights: Sun 3 & Mon 4 July 2022″.

Tickets for these shows will go on sale on December 2. You can get your hands on them here.

I'm so excited to finally announce that as part of the #EltonFarewellTour, I will be returning to perform at the home of @WatfordFC, Vicarage Road, for two nights: Sun 3 & Mon 4 July 2022 🚀🐝

In a separate interview, Elton John had said that he was “raring to go” and make new music following his recovery from hip surgery. More here.