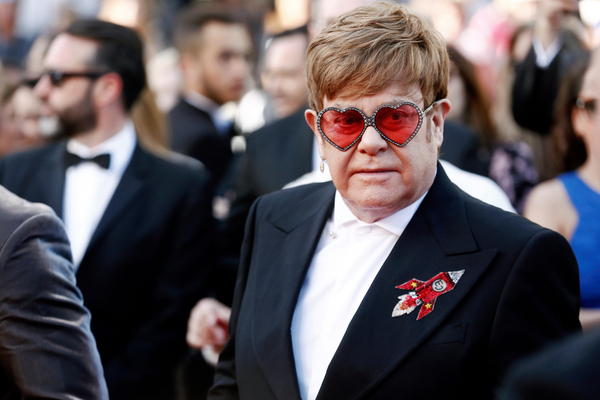 As reported by the Official Charts Company, Elton John’s latest track’s arrival into the charts means that the the music icon has scored a UK Top Ten in each of the last six decades.

Cold Heart is also John’s 33rd top 10 track in the UK. His first arrived in 1971 with “Your Song” which reached number 7 in the charts.

This also means that Elton John now stands out on his own, overtaking the likes of Elvis Presley, Michael Jackson, Cher and Cliff Richard who have had a top ten UK track in each of the last five decades.

Overall, Elton John has achieved 7 number one UK singles, including 1997’s ‘Candle In The Wind 97/Something About The Way You Look Tonight’.

His latest single could make it an even eight, with the track looking like it could take top spot in the charts, a place currently occupied by Ed Sheeran.

Taking to Instagram, Ed Sheeran called on the music public to help Elton John take his place at top spot in the singles charts.

The singer wrote, “@eltonjohn is so close to knocking me off the #1 spot in the U.K. It will be his first number one in almost twenty years and I really want it to happen. Please go buy/stream/download Cold Heart with @dualipa now, 15 weeks at #1 was more than I ever expected anyway, love you all. Who doesn’t wanna be knocked off by Elton anyway”.

It also looks like the pair are to work together to release a Christmas single this year.

“Elton rang me on Christmas Day to say Merry Christmas”, Sheeran said. “Elton rings me almost every single day. He said Step into Christmas is Number 6 in the charts! I want to do another Christmas song – will you do it with me?”