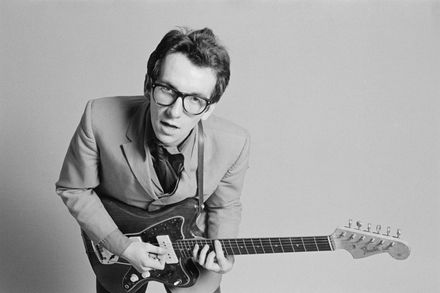 Elvis Costello has spoken out against the media for the description of his “battle” with cancer in the press, claiming that it was not as bad as the coverage would have fans believe. Costello wants fans to be aware that his particular type of cancer does not compare to those who are truly fighting the disease.

The star, who was forced to scrap a series of European gigs after undergoing surgery for “a small but very aggressive cancerous malignancy” stated in an interview: “I wasn’t singing well. So I thought I’d better take my doctors advice and get some rest. It was reported like I was at death’s door. All this “battling cancer” nonsense is really disrespectful. I’ve got friends who are fighting a real battle, and to bracket myself with them would be melodramatic.”

Costello was also asked about his new album ‘Look Now’ and whether or not the theme of the album was based on the current #MeToo movement, to which he responded: “Some of these songs were written 25 years ago, which goes to show it’s a problem that has always been there. The apparent power imbalance of man and woman hasn’t been invented by putting a label on it. These are things I’ve observed happen to people, or maybe been a part of, but I’ve taken myself out of the firing line in some respects. There’s a little less selfishness in that it’s not just about things that happened to me.”

Costello also spoke about critics attempting to categorize his music throughout his career, and how pigeonholing any type of art ultimately saps it of any originality. Costello claimed: “When they called it ‘jazz’, originally they weren’t saying a good thing. Y’know, they were actually denigrating music. They called it ‘rock n roll’ – it was slang for something that was taboo, but it was also used to denigrate the music.”

This Week In Music History with Marty Miller – Jan 23rd...