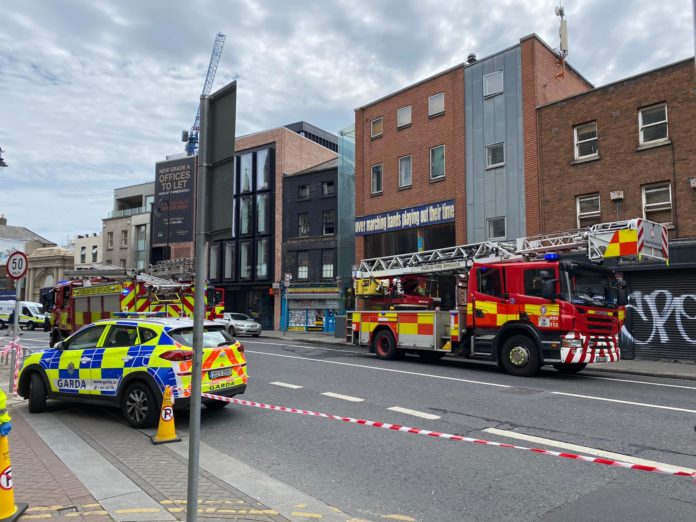 Gardaí and emergency services are currently at the scene of a fire on the roof of a building on Thomas Street.

The fire on Thomas Street is under control and crews are turning-over and damping down any hotspots.

Firefighters prevented any significant spread of the fire.

Some crews will remain on scene for a number of hours and others will be released back to stations.

Thomas Street is blocked as we deal with a fire on the roof of a building.

Firefighters from HQ, Dolphins Barn and Donnybrook are fighting the fire.

Woman Who Slit Another Woman’s Throat Pleads Not Guilty By Reason...