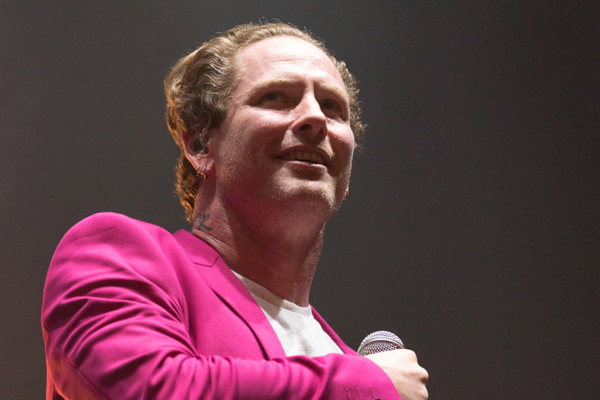 Slipknot’s Corey Taylor has been full of praise for the impact of Metallica’s “Enter Sandman”, calling it “our generation’s Stairway To Heaven”.

Released in 1991, the song featured on Metallica’s “The Black Album” which was reissued this year for its thirtieth anniversary.

The special edition box set of the album was also released last week. Check out Nova’s report and the trailer for that here.

Slipknot’s Corey Taylor discussed the impact of Enter Sandman with Ryan J Downey of Knotfest.com in a four part interview.

“One of the first songs I ever learned how to play on guitar was ‘Enter Sandman”, he said.

“Because that was kind of our generation’s ‘Stairway To Heaven’ or ‘Smoke On The Water’. It’s one of those riffs that… I like to call it the Guitar Center virus”.

Taylor continued, “Anybody who comes in is either playing ‘Sandman’, ‘Crazy Train’, ‘Smoke On The Water’ or ‘Stairway’ or ‘Whole Lotta Love’… You have those gateway riffs where you go, ‘Oh, I figured it out”.

He also added, “I sat down one day, as I got better at guitar, and I went back and listened to the first four Metallica albums and just started woodshedding and learning all these riffs”.

“And it became a sort of language that you could speak to other musicians when you’re jamming for the first time. If you kicked into ‘Blitzkrieg’ or something, or if you kicked into ‘Ride The Lightning’ and just started, and they kicked in with you, you knew you were off to the races, because you don’t just learn that riff; you learn the whole tune and you just go for it”.

Corey Taylor has also been recently recovering from the after effects of his Covid-19 diagnosis.  A virus which he claimed he received from a “selfish” audience member at one of his gigs.

Neil Young Won’t Return To Touring Until Covid Is “Beat”