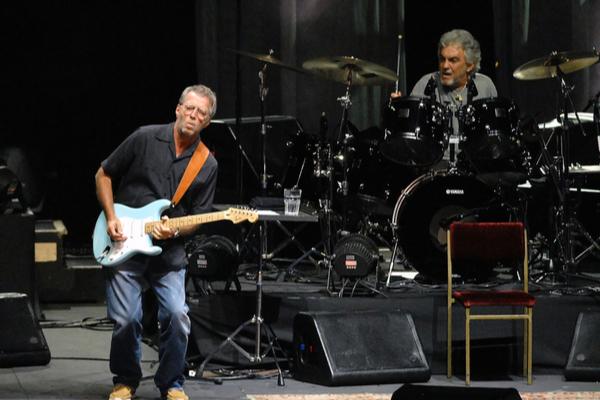 Eric Clapton has been forced to cancel some of his shows from his current tour, having tested positive for Covid-19.

Clapton is also performing at a string of shows, as part of his European Tour. However, the singer has been forced to cancel two shows on May 20 and 21.

Initially, Clapton was to perform in Zurich’s Hallenstadion. He was also to perform at the Mediolanum Forum near Milan the following day on May 18.

This news was confirmed via his official Facebook page.

“Eric Clapton is unfortunately suffering from Covid having tested positive shortly after the second concert at the Royal Albert Hall [May 8]. He has been told by his medical advisors that if he were to resume traveling and performing too soon, it could substantially delay his full recovery”, a statement read.

“Eric is also anxious to avoid passing on any infection to any of his band, crew, promoters, their staff and of course the fans”.

The statement also added, “It is very frustrating that having avoided Covid throughout lockdown and throughout the period when travel restrictions have been in place, Eric should have succumbed to Covid at this point in time, but we very much hope he will be sufficiently recovered by the end of the week to be able to perform the remainder of the planned performances”.

Despite this, Eric Clapton also hopes to return to touring in Bolagna on May 20 and 21. It was also confirmed that the two cancelled shows will also be rescheduled within the next six months.

Fans have also been urged to keep their tickets, as they will remain valid for the new dates.

Eric Clapton has also been fairly outspoken when it comes to his views on Covid vaccines and lockdowns.

Back in January, the Wonderful Tonight singer insisted that he is not worried with being “misunderstood” when it comes to his views. More on this from Nova here.

The rest of Clapton’s tour dates are as follows.