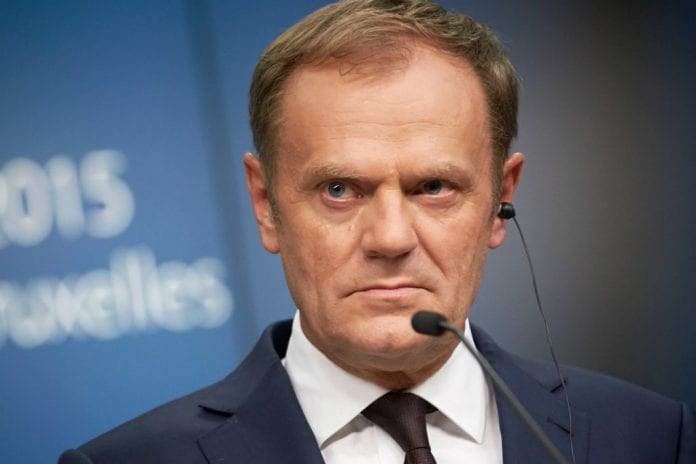 The President of the European Council has said that the EU will not accept any proposal on the border without Ireland’s agreement.

Donald Tusk was speaking following a meeting with An Taoiseach in Dublin this afternoon.

Addressing the press following the meeting, Tusk reiterated that the EU is ‘fully behind’ Ireland in its insistence that there can be no return to a hard border.

He said the United Kingdom’s decision to leave the EU has created uncertainty for millions of people around Europe – adding ‘perhaps nowhere is this clearer than here’.

Tusk stated: “If the UK offer is unacceptable for Ireland, it will also be unacceptable for the EU. I realise that for some British politicians this may be hard to understand but such is the logic behind the fact that Ireland is an EU member while the UK is leaving.”

“This is why the key to the UK’s future lies – in some ways – in Dublin, at least as long as Brexit negotiations continue.”

European leaders will vote on whether to allow Brexit talks to proceed to phase two at the upcoming European Council summit, however Mr Tusk noted that he had given the British Prime Minister Theresa May a final deadline on Monday to come forward with a ‘final offer’ on the border issue.

Mrs May will have the opportunity to table the offer when she meets with European Commission president Jean-Claude Juncker on Monday.

If progress is agreed, EU leaders will then sanction the second phase of Brexit talks at the summit on December 14th and 15th.